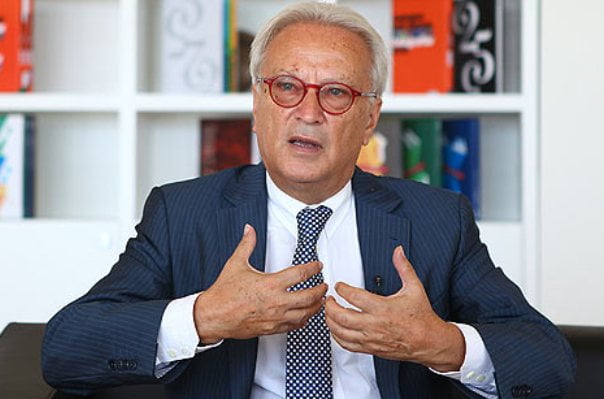 Brussels’ strong criticism of a new law in Turkey restructuring the Supreme Board of Judges and Prosecutors (HSYK) continues, with statements being made by various EU officials.

Speaking to Today’s Zaman, Swoboda said the new law was deeply worrying for the European Union. Not bothering to mince his words, the Austrian politician said it was unthinkable in a democracy for the appointment of judges and prosecutors to not be protected from political interests.

“It is inconceivable in a democracy that the appointment of judges and prosecutors is not distinguished from political interests and actors,” he said.

Swoboda also pointed out that, as a socialist, he had supported the Sept. 12, 2010 referendum in Turkey which had restructured the HSYK despite the harsh criticism he received from his sister party, the Turkish opposition Republican People’s Party (CHP). “When the proposal seemed realistic and constructive, I supported the referendum of September 2010. But now this law has mutated into an outright attack on the independence of the judiciary and therefore the rule of law,” the Socialist leader said.

Swoboda had accused Prime Minister Recep Tayyip Erdoğan of using the Hizmet movement as an excuse to backtrack on reforms when Erdoğan visited Brussels on Jan. 21 and met with the leaders of political groups in the European Parliament. During the meeting, Swoboda had also criticized the government’s initiative to change the HSYK.

Watson: Gül’s image will be affected

In the meantime, Liberal Democrat member Sir Graham Watson said the perception of President Gül in Brussels would be negatively affected if he approves the legislations on the Internet and the HSYK.

Speaking at a conference jointly organized by the Turkish Confederation of Businessmen and Industrialists (TUSKON) and the Friedrich Naumann Foundation in Brussels, Watson once again called on President Gül to exercise caution.

Commenting on the parallel state rhetoric used by Erdoğan and his government to explain ongoing corruption charges, Watson said no one in Brussels was convinced by this argument.