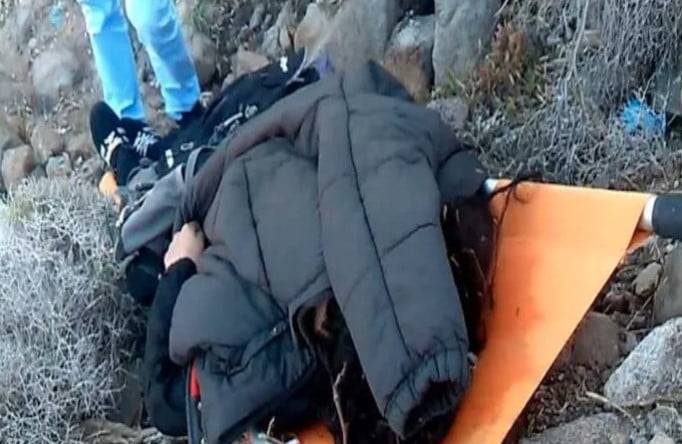 On November 11, 2017, Greek media outlets reported that Greek authorities discovered bodies of three children on the northeast coast of the Aegean island of Lesbos. Later in the week, the bodies were identified as Nur Maden (10), Feridun Maden (7) and Nadire Maden (13). The children were fleeing from the persecution of the Erdoğan regime with their parents, Huseyin Maden and Nur Maden, who were also drowned.

When their relatives have not heard from Maden family for days, they became anxious. Soon after, they have learned that Hüseyin Maden, his wife Nur Maden and their three kids could not make it to the land where they hoped to have a new life. Their hope of freedom and survival was also drowned in the cold waters of the Aegean Sea.

When the body of the 5-year-old Aylan Kurdi was found in the Greek island of Kos in 2015, Turkish president Recep Tayyip Erdoğan said: “What has drowned in the Mediterranean is not only the refugees. Humanity has drowned in the Mediterranean Sea.” However, the President Erdoğan didn’t say a word about Maden family’s tragedy, who were fleeing from the persecution of his own regime this time.

The story of Maden family is a typical story of a Gulen Movement-affiliated middle-class family. Like many others, they have been persecuted by the government during the past few years. Huseyin Maden (40) was a physics teacher in a public school in Samsun. He was dismissed from his job by a governmental decree after the failed July 15 coup. His wife Nur Maden (36) was a kindergarten teacher. The couple was investigated for being a member of a “terrorist organization.” Fearing of an arrest which will leave their three children helpless and alone, the couple decided to hide from the authorities and flee the country with their savings money.

During the past year, they lived in hiding, away from their home which was raided by the police multiple times. In the meantime, Hüseyin Maden was trying to earn money for his family by working in temporary jobs for 1000 Turkish liras ($ 250) monthly wage.

The human smugglers asked a price that the family of five could not afford. That’s why Huseyin decided to buy an old boat by lending money from his friends and learned to operate it.

A family friend, who lent money to Hüseyin Maden, tells the story of their last day together: “We didn’t sleep until the morning prayer, we chatted. Then we prayed together. He became the imam. He told me he had bought the used shirt and the trousers he was wearing that day for 10 Turkish liras ($ 2.5). I said goodbye to him; he had a plastic bag in hands. He told me, `I don’t want to go, but I don’t have another choice. We don’t have any acquaintances there. We are going to be unknown and safe.` I asked him how much money he had left, and he told me he had around 5-6 thousand Turkish liras ($ 1500). He told me ‘God is great’ and we said our goodbyes.”

The last message the family friend received from Madens was sent twenty days ago: “We saw the lights. We are landing on the island.”

According to the information provided by his friend, Hüseyin had health problems which were influential in his decision to flee the country. He had kidney and liver operations before. He feared that his health could deteriorate in prison. The couple’s children could not go to school because the family was hiding. It became impossible for them to live in Turkey. As Erdoğan’s mouthpiece journalists say, they were “as socially dead.”

Thousands of people tried to escape Turkey via illegal routes since Turkish government has canceled their passports.

Turkey survived a controversial coup attempt on July 15, 2016 that killed 249 people. Immediately after the putsch, the Justice and Development Party (AKP) government along with Turkey’s autocratic President Recep Tayyip Erdoğan pinned the blame on the Gülen movement.