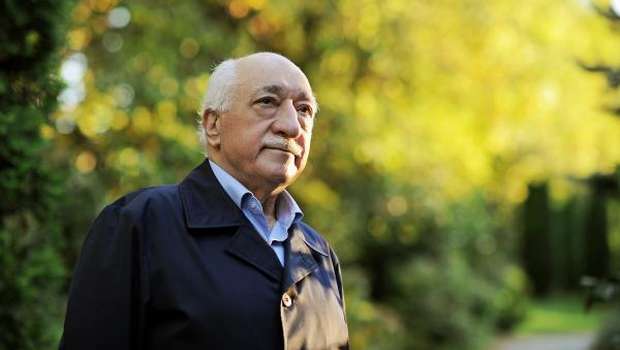 I condemn, in the strongest terms, the attempted military coup in Turkey.

I condemn, in the strongest terms, the attempted military coup in Turkey. Government should be won through a process of free and fair elections, not force. I pray to God for Turkey, for Turkish citizens, and for all those currently in Turkey that this situation is resolved peacefully and quickly.

As someone who suffered under multiple military coups during the past five decades, it is especially insulting to be accused of having any link to such an attempt. I categorically deny such accusations.

Fethullah Gülen is an Islamic scholar, preacher and social advocate, whose decades-long commitment to interfaith tolerance and altruism has inspired millions in Turkey and around the world. Gülen is the honorary chairman of the Rumi Forum, Washington, DC; the Intercultural Dialogue Platform, Brussels, Belgium; and the Foundation of Journalists and Writers, Istanbul, Turkey.

The Alliance for Shared Values (AFSV) is a 501(c)(3) nonprofit that serves as a voice for dialogue organizations affiliated with Hizmet, a civil society movement inspired by prominent preacher and peace advocate Fethullah Gülen. Based in New York, the Alliance strives to promote peace and to eliminate prejudice and discrimination against any or all ethnic, cultural and religious communities. To learn more about the Alliance please visit www.afsv.org. 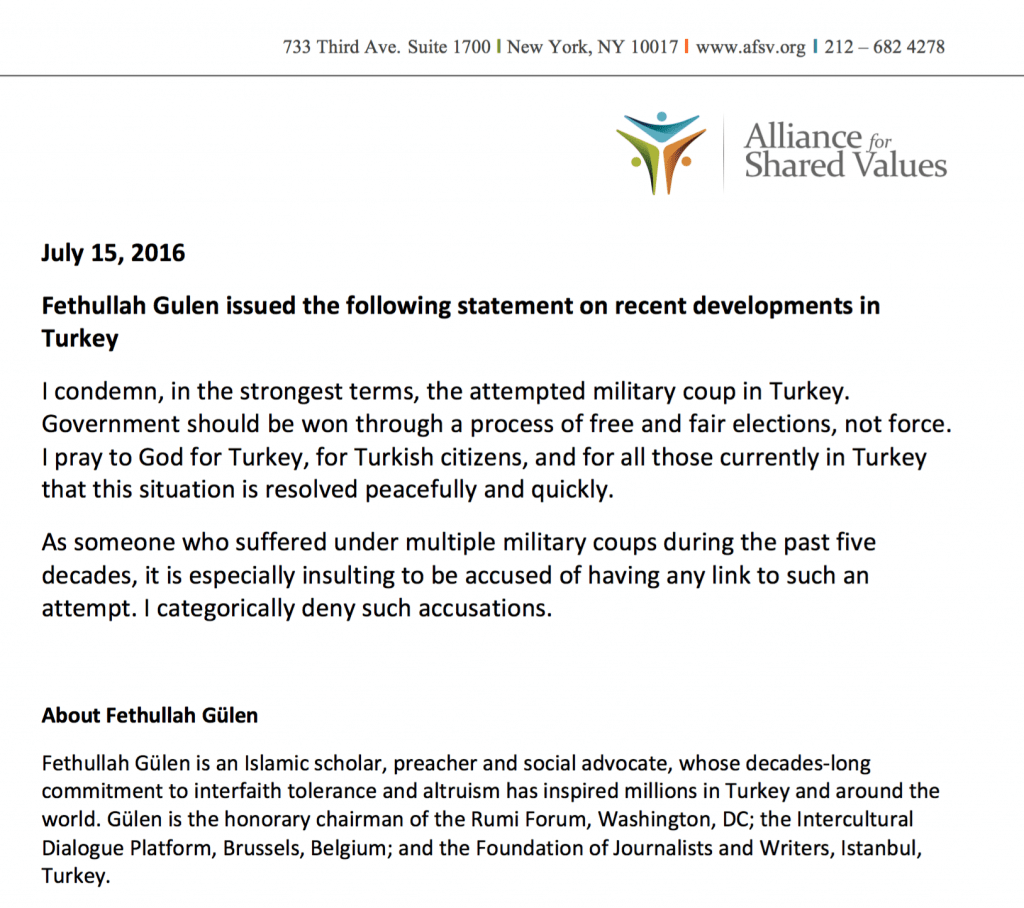