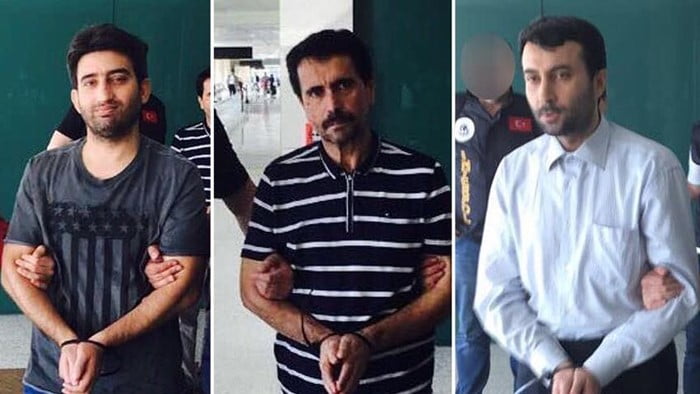 According to the Thursday statement by the Intercultural Dialogue Platform, a network of dialogue institutes in Europe inspired by the views of Turkish Islamic scholar Fethullah Gülen, the UN has taken groundbreaking interim decisions which demand that the Turkish government provide prompt access toTurgay Karaman, a school principal, İhsan Arslan, a businessman, and İsmet Özçelik, an academic, who were detained in Kuala Lumpur at Turkey’s request in early May and were arrested after being deported to Turkey from Malaysia

In a May 19 letter to the victims’ lawyers in Brussels, the UN Human Rights Committee urged Turkey to take all necessary measures to confirm the whereabouts of the detainees and to officially inform the committee, their families and lawyers.

The three Turkish nationals — Karaman, Aslan and Özçelik — were detained by Malaysian officials in Kuala Lumpur and deported to Turkey on May 11. The trio was taken into custody upon their arrival in Ankara as part of investigations into the Gülen movement, which the government accuses of masterminding a July 15, 2016 coup attempt. The movement denies any involvement.