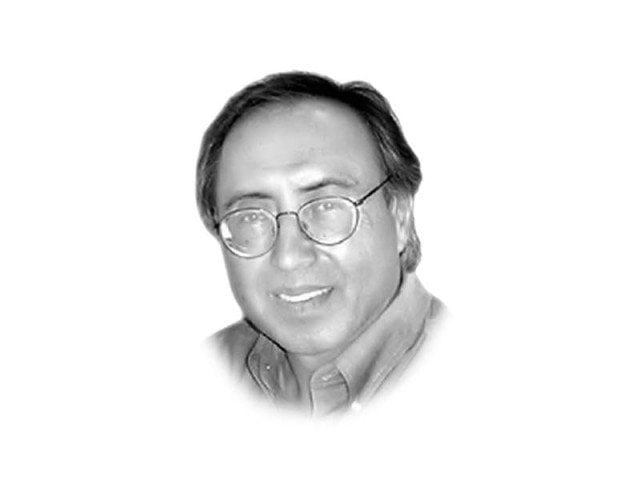 The writer is professor of political science at LUMS, Lahore. His recent book is Imagining Pakistan: Modernism, State and the Politics of Islamic Revival (Lexington Books, 2017)

The name is a subject itself; he is a benefactor of Pakistan, a friend of our people, and one of the thousands of Turkish teachers who have lived in our country and taught tens of thousands of children over the past several decades. It is the missionary spirit of the Gülen movement that has motivated Turkish teachers to leave their home and live in Pakistan and tens of other countries to give world-class education to children, with disregard to faith and nationality. The central principle of the movement is service to humanity, as the name Hizmet Harketi indicates.

The Hizmet Harketi has played a critical role in the rise of the Justice and Development Party (AKP) of Erdogan and had remained an ally since the 2002 general elections. They have shared a similar ideology on reconstructing the Turkish identity, politics and society embedded in religious conservatism, old social values and Ottoman intellectual heritage. Both have prudently avoided open ideological confrontation with secularism, but have quietly redefined the place of religion in society, if not making it a base of political legitimacy. The alliance worked both ways, in favour of the two groups, one devoted to changing society through politics, and the other by the spiritual values of Islam. Never has this been a clear demarcation, as they had had overlapping worldviews and political interests. They succeeded in replacing the old order shaped by dogmatic secularism run by a coalition of political and military elites.

Last year’s failed coup attempt not only put an end to the alliance but has turned the two former allies into bitter enemies. Actually, the Gülen movement believes the coup attempt was a ‘drama’ staged by Erdogan and used as an excuse to eliminate the influence of Gülen and Hizmet Harketi in the Turkish society. Why? He felt threatened by their position in the media, civil society, the police and judiciary — some of the critical spheres of new power. Erdogan has very successfully used the occasion to systematically destroy the base of the Gülen movement by closing its schools, colleges, universities, media houses and jailing tens of thousands of its followers along with scores of soldiers apparently involved in the coup.

President Erdogan has not spared the Turkish schools and colleges run by the Hizmet Harketi, including Pak-Turk schools in Pakistan. He has applied his influence over the Sharif brothers to get the schools transferred from the Gülen Foundation. He applied more pressure to get the Turkish teachers expelled and repatriated to Turkey, obviously to risk questioning and jailing. Fearing arbitrary arrest, persecution and torture, the Turkish teachers, including Kacmaz, have sought an asylum certificate from the United Nations High Commission on Refugees. This certificate is used universally to seek stay and protection in a foreign country. At the time of his abduction or disappearance, Kacmaz and his family had secured this certificate. The four members of this family have joined hundreds of ‘missing’ persons, leaving much to speculation who could be the agency or a department of the Punjab or federal government taking them into custody.

We hope Kacmaz and his family are fine, and they are not sent back to Turkey against their will where it is certain they would be mistreated. In Turkey today, members of the Gülen movement cannot plead under the principle of presumption of innocence, as they have already been declared ‘guilty’. If not grateful to these teachers for having served our society, at least we shouldn’t push them into harm’s way.