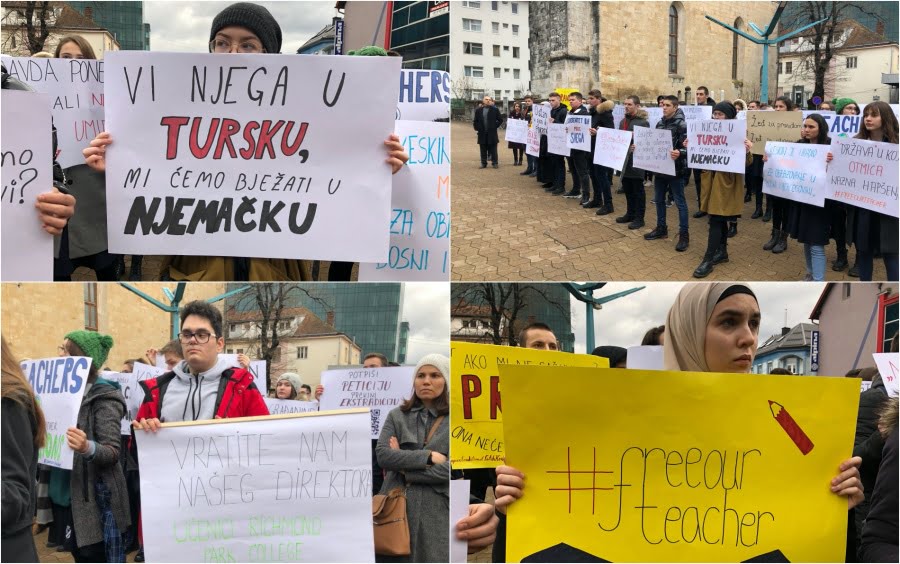 A court previously ruled in several cases that such requests could not be fulfilled because no international body had declared that the Gulen movement was a “terrorist” group, HINA reported.

Nedim Ademovic and Senka Nozica, Keskin’s lawyers, confirmed in a statement on Monday that they received the ruling against an earlier decision by the foreign affairs office and the security ministry to revoke their client’s residence permit.

Keskin was arrested by police and placed under constant surveillance at the immigration center near Sarajevo.

An intelligence assessment conducted by the Bosnian Intelligence and Security Agency (OSA) previously stated that Keskin was a threat to national security, the national HINA news agency reported.

But the court was unable to obtain the OSA document to find out exactly what he was accused of.

According to the news portal klix.ba, Keskin left the immigration center on Monday night after almost two weeks of detention.

He said he did not know what kind of threat he represented to the national security of Bosnia and that he would consider seeking redress after speaking with his lawyers.

Keskin is the principal of Richmond Park College High School, based in the Bosnian city of Bihac. He has lived in Bosnia for almost two decades with his family.

After his arrest, reports from the Turkish media linked him to Fethullah Gulen, a Turkish cleric based in the United States who is seen as the leader of a “terrorist organization” that seeks to overthrow the Erdogan government.

During a visit to Bosnia this year, Erdogan asked Sarajevo to extradite Turkish citizens that he considers opponents of his government.

The Alliance for Shared Values of the US & The Dialogue Platform of the UK have prepared a report on “UK’s relations with Turkey” that focuses on the Hizmet Movement. The report may be downloaded, disseminated for free and even printed. Representatives from these organizations were personally invited to submit written evidence by the Committee to explain Hizmet and provide Hizmet’s response to the AKP government’s allegations against Fethullah Gülen and the Hizmet movement.