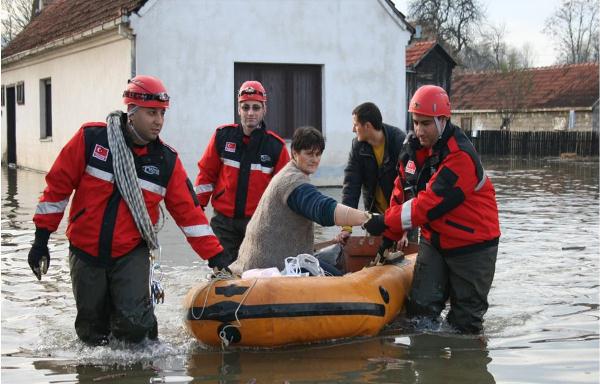 BOSNIA
Kimse Yok Mu Foundation has been continuing its aid efforts in the aftermath of the devastating flood in Bosnia.

Among the regions impacted by the flood, Bosanski Samac, the late president Aliya Izzetbegovic’s hometown, suffered the most. While the floodwater receded in the neighboring cities in two-three days, Samac, which is located between the rivers Bosnia and Sava, stayed under water for over a week. KYM volunteers provided aid donations twice to the sufferers so far. Among the three-truck load of aid donations were blankets and sofas besides food. The foundation also extended a helping hand to those in Republic of Serbia. The victims in Biyelyina too received aid packages of food and cleaning products in addition to blankets and sofas. The Serbians said Islamic Union and Turks assisted them most in the aftermath of the flood. A large fund raising conference will be held in July for the victims.