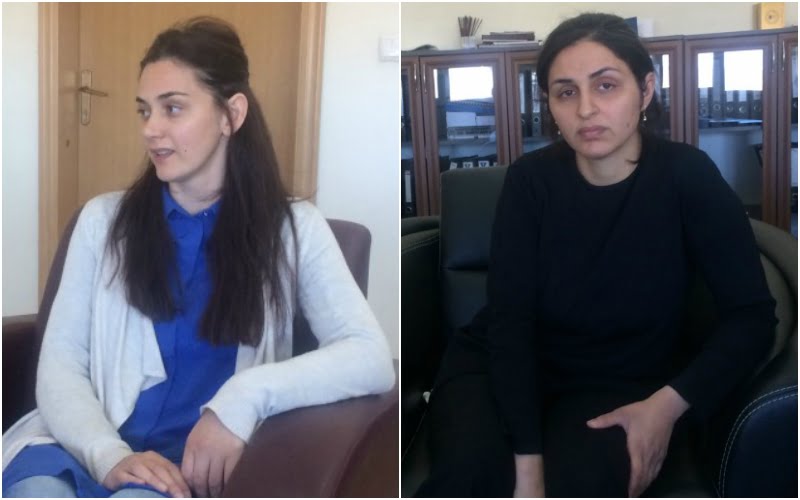 “My son, who is 14, couldn’t sleep for days and my nine-year-old daughter cries and asks for her father all the time,” she said. “I don’t know how to answer her constant questions.”

Erdem’s husband, Mustafa, was one of six Turkish men rounded up and deported without warning from Kosovo to Turkey late last month in an operation Ankara says was led by Turkish intelligence officers targeting collaborators of the U.S.-based Muslim cleric Fethullah Gulen.

The operation sent shockwaves through Kosovo, where Prime Minister Ramush Haradinaj denied all knowledge and fired his interior minister and intelligence chief.

And it served notice to other Balkan states of the long arm of Turkish law as President Recep Tayyip Erdogan pursues a crackdown on Turks linked to the man he says was behind a failed coup against him in 2016.

The six worked at schools financed by the Gulen movement, which operates an international network of educational institutions. Since the failed coup, tens of thousands of Turks have been sacked or jailed in Turkey for alleged links to Gulen, who denies responsibility for the abortive putsch, and his schools in the Balkans and elsewhere have come under intense pressure.

The European Union expressed alarm at the manner of the March 29 deportations, hastily executed without warning or opportunity for appeal; rights watchdogs warn the six face possible torture and scant chance of a fair trial.

Those Turks left behind – fellow employees and family members – have been left stunned.

BIRN spoke to the wives of five of the six men: one spoke of being assaulted during the arrests, others – like Erdem and her two children – have moved house, seeking safety in numbers. All described how their husbands were taken away in handcuffs by uniformed as well as plain-clothed officers who cited “issues” with their residence permits; they were driven straight to the airport and flown to Turkey.

“This was not a deportation,” said Olcay Demirez, wife of one of the men. “It was a kidnapping.”

Demirez said police officers took her 39-year-old husband, Kahraman, from the school where he had taught for the past nine years.

“He pleaded with them not to handcuff him in front of the children because it might scare them, but they didn’t listen,” Demirez, 35, told BIRN.

“We waited two days for someone to tell us if they had been deported because, in the case of a deportation, there are procedures that need to be respected,” she said.

“Erdogan demonstrated that he wants to govern Kosovo as if it is his own country… He did what he wanted.”

The operation represents a particular affront to the European Union, which is Kosovo’s biggest political and financial backer, which operates a police and justice mission in Kosovo and which is increasingly at loggerheads with NATO member Ankara over Erdogan’s authoritarian bent.

In a statement, it said the deportations “raise questions about the respect of the due process of law.”

Rights watchdogs said Kosovo had failed in its obligation to protect people who face political persecution in their countries of origin.

“The Kosovo authorities failed to respect procedural guarantees, the right to a fair trial and appeal – either the expulsion order or the revocation of residency permit – and proceeded with the deportation in a highly questionable and secretive manner, not warranted by the profile of the six arrested Turkish citizens,” Todor Gardos of Human Rights Watch’s Eastern Europe and Balkans Division told BIRN.

“They should not return anyone to Turkey who could be subject to torture or inhuman treatment there, as we’ve seen with others wanted by Turkey on similar grounds.”

Demirez said such treatment was exactly what she feared her husband would face.

“Torture usually begins after the interrogation,” she said.

Neither the Turkish embassy in Kosovo nor the government in Ankara responded to BIRN’s questions regarding the operation.

Turkish authorities say the six were “senior members” of Gulen’s network, responsible for recruitment of new members and helping others leave Turkey to escape the crackdown.

The Gulistan Educational Institutions, where the men worked, operates four schools and colleges in Kosovo under the name Mehmet Akif. One of them, near Lipjan/Lipljan, just south of the capital Pristina, has become a shelter for those Turkish families who say they no longer feel safe at home.

Saniye Ozkan and her 16-month-old daughter moved in shortly after Ozkan’s husband, Cihan, was taken from the school where they both worked in the western Kosovo town of Gjakova/Djakovica.

“It was terrible,” she said. “I had hoped that at least we would be safe here from the horrors going on in Turkey.”

Like other Turkish children there born after July 2016, Ozkan’s daughter does not have Turkish papers because the Turkish embassy in Kosovo has refused to register the children of ‘Gulistan’ teachers since the failed coup.

Ozkan said she feared Cihan would be tortured. His lawyer told her Cihan, 29, had been questioned for the first time but she had no other information on his case.

“We were making plans for our future, when suddenly one morning this came along like a storm.”

Nevin Erdem, whose husband Mustafa was general director of the Gulistan Educational Institutions, said some Turkish families had begun applying for asylum in Kosovo.

“From the very first moment of the operation, we understood that their aim was not to take our husbands to court, to a police station or detention centre, since the methods were different and violent,” she told BIRN. “In the end… they were stolen from us.”

“I want to believe that we will be safe in Kosovo but I don’t know what we will do. Staying in Kosovo is one option and leaving for some Western country is another. I hope that God will help us.”

On April 4, lawmakers in Kosovo voted to create a parliamentary committee that would look into the operation. Haradinaj and President Hashim Thaci, who is widely seen as an ally of Erdogan, both condemned the deportations and Haradinaj’s government has launched its own probe.

Thaci said he had spoken to Erdogan by phone. “The whole thing should not have happened in the first place. It was an isolated act,” he told a television interviewer last week. “The relevant procedures need to determine in detail what happened and, based on the results, the country will take a position.”

It remains unclear why the authorities did not handle the case as they had that of Turkish teacher Ugur Toksoy, who was arrested in October last year on a Turkish warrant.  After a preliminary investigation, the Kosovo prosecution withdrew its request to extradite him in December, citing a lack of evidence.

Nazmi Ulus, the director of the Mehmet Akif college in Pristina, said that despite all indications that Ankara was targeting Turks in the Western Balkans, “this was a shock.”

“We didn’t expect this from a democratic country,” he told BIRN. “Such a case tells us it is dangerous [to stay] here. Now is the moment when Kosovo must decide whether it turns towards Turkey or to Europe.”

One of the women BIRN spoke to, Yasemin Karabina, alleged police assaulted her and her 15-year-old son as they arrested her husband Yusuf, the deputy director of the Gulistan Educational Institutions, on a street in central Pristina.

“They asked for our documents and my husband’s mobile phone. Then they suddenly became violent and tried to take him from us,” Karabina said. She described her son being knocked to the ground and kicked and said she too had been hit and that both received hospital treatment.

“I believe my son will remember that day for the rest of life.”

“My husband and I have been living abroad for 21 years. We are teachers, educators. My husband was taken from his family and his students but I will continue teaching this country’s children.”

Asked about the accusations of violence and the complaints of international rights watchdogs, police spokesman Baki Kelani said:

“Police in this case acted in line with legal guidelines and authorisations. Whoever considers they were subject to violence or human rights violations can complain to the Police Inspectorate, Professional Standards Unit or even the court. I am not aware of any complaint so far.”

At the Lipjan/Lipljan school, Mahbup Gunakan said she feared for the fate of her husband Hasan, who had worked as a chemistry teacher in Kosovo for 13 years.

She said his lawyer had told her by phone that her 51-year-old husband was “alright”.

“But I am not convinced,” she said. “None of his relatives in Turkey have been allowed to visit him. That means nothing is alright.”

The lawyer told her Hasan was handed over directly to the Turkish Intelligence Service at Pristina airport.

“He was told they (police) were taking him to clarify some issues regarding his residence permit, but they lied,” she said. “He was kidnapped.”