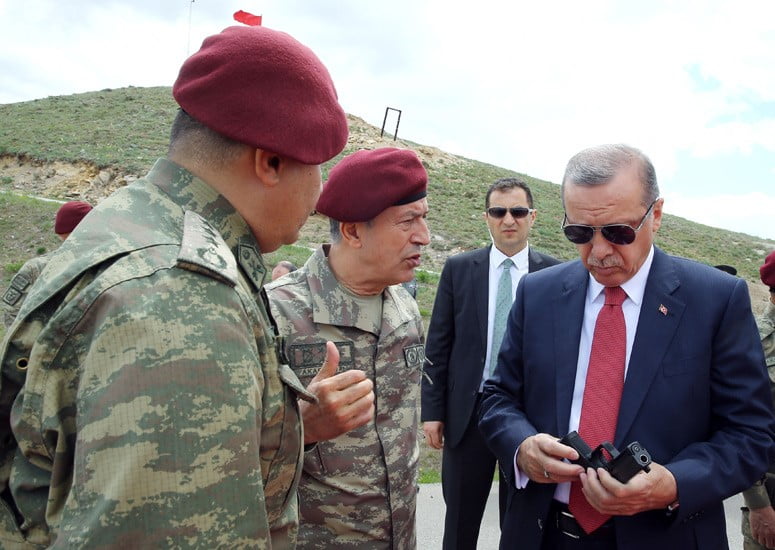 The failed coup in Turkey in 2016 transformed its internal politics and EU relations.

But two and half years later, evidence is trickling out to support what the EU initially suspected – that president Recep Tayyip Erdogan knew what was going to happen and let it go ahead as a pretext to create one-man rule.

The new evidence recently came in the form of a document written by a Turkish prosecutor on 16 July 2016, and obtained by an investigative journalist, Ahmet Donmez, who lives in exile in Sweden.

The document is a detailed record of events which took place between the start of the coup and 5AM and 7AM that morning.

It said that putschists in the Turkish air force had bombed the parliament and the garden of the presidential palace, for instance.

They did so. But oddly enough, the prosecutor who minuted the events, Serdar Coskun, dated his record as having been written at 1AM – four hours before it all happened.

Coskun at first kept silent about the revelation.

He then gave an interview to a pro-government journalist in which he confirmed the authenticity of the document, but in which he also said he had made a mistake on the timing.

He had started writing at 1AM, he said, but finished at 7AM and indicated that he forgot to change the time.

Coskun’s explanation lacked credibility because some of the things he minuted as having just taken place never did take place, however.

The Turkish embassy to the EU in Brussels declined to comment when asked by EUobserver.

But for one Turkey expert, the minutes indicate that Erdogan’s people knew exactly what was going to happen, let some of the events unfold in a controlled way as a pretext for the ensuing crackdown, and even began drafting papers beforehand that they would later use in trials against his political opponents.

“Finally, we now know how Erdogan exploited the so-called coup so quickly and ruthlessly … my suspicions are even more aroused,” Andrew Duff, a British former MEP who now works at the European Policy Centre, a think-tank in Brussels, told this website.

Recalling the events of July 2016, Duff said that even back then the coup appeared to contain bogus incidents.

“From watching on TV and social media the events of that night, I was suspicious that all was not as it seemed. I couldn’t understand, for example, how the seizure of the Bosporus bridges by the armed forces could fit into the pattern of a genuine coup d’etat,” he said.

The fact that Erdogan himself was not captured or harmed also looked odd, Duff added.

“In a proper coup, he [Erdogan] would have been the main and possibly only target of the plotters,” he said.

“On speaking to several very well informed sources after the event, I am more than ever puzzled why the coup – if it was a proper coup – failed. The Turkish military have never failed in a coup before…why would they do so now?,” Duff asked.

He is not alone in his suspicions.

The former president of the European Parliament, German politician Martin Schulz, has said that while the preparations for the coup looked amateurish, the measures taken against it were extremely professional.

Erdogan blamed the coup on Fethullah Gulen, the head of a religious movement who lives in exile in the US and who is one of his main political opponents.

But the IntCen report on the coup, dated 24 August 2016, and seen by this website, said it was “unlikely that Gulen had the abilities and the capacities to take such steps”, even if some individual Gulenists were involved in the attempted overthrow.

“According to available information, a far-reaching purge of the GM’s [Gulen movement’s] followers in the armed forces and the gendarmerie was planned for early August 2016 based on lists produced by the MIT. Some arrests were already planned for 16 July, the day after the coup attempt”, the EU report added.

“The coup was just the catalyst for the crackdown prepared in advance,” the IntCen report said.

Much has happened since Coksun drafted his fateful minutes back at 1AM on 16 July 2016.

Erdogan has detained over 70,000 people, including opposition MPs, 110 journalists, and human rights defenders.

He has sacked 150,000 public officials and shut down all government-critical media.

He also rammed through constitutional changes under a post-coup state of emergency that gave himself new powers amounting to one-man rule.

Drilling into the events of 16 July and into Coksun’s minutes might seem like political archeology two and half years down the line.

But those events transformed Turkey in ways which continue to shape its foreign relations and the lives of Turkish people to this day.

The idea that Turkey might one day join the EU has evaporated no matter how much it helps Europe to control flows of refugees.

Erdogan’s decision, last weekend, to expel three German journalists, shows that his contempt for Europe has continued to deepen.

“The Turkish government managed to more or less silence the national media, and they are now trying to do it with the international media,” Joerg Brase, the head of German broadcaster ZDF’s Istanbul bureau, who was given 10 days to leave the country, said.

“It cannot be ruled out … that the Turkish government will take further action against representatives of German media and civil society organisations,” the German foreign ministry added in an update to its Turkey travel advice.

“Statements, which are covered by the German legal understanding of the freedom of expression, can lead in Turkey to … criminal proceedings,” it also said.

Meanwhile, Coskun has been promoted to become a member of one of Turkey’ highest courts, the court of cassation.

At the same time, many military officers are behind bars on the basis of trials which referenced his strange minutes in official court records.

Erdogan has also instituted 15 July as a national holiday, called the Democracy and National Unity Day of Turkey, in commemoration of the national resistance against the coup.

But documents such as Coksun’s minutes help suggest that holiday is a gross falsification of Turkish history.

“Deploying the coup as a pretext, Erdogan … rammed through his own version of a constitutional coup d’etat to aggrandise and protect himself, to weaken the armed forces and to silence or force into exile Turkey’s intelligentsia,” Duff said.