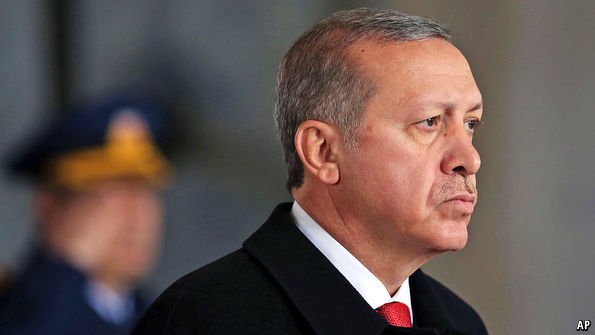 The recent unjustified arrest, detention, traumatization and subsequent release of 50 Nigerian students in Turkey by that country’s government must rank as a most unfortunate low in the Nigerian – Turkish relations. Seen in context, it constitutes an instance of unjustified victimization of innocent foreigners, out of misplaced grudge by a government that had no cause for such act of indiscretion.  These students had proceeded to Turkey for further studies, and were caught up in the aftermath of the July 15, 2016 attempted coup d’etat in that country, which nearly toppled the administration of President Recep Tayyip Erdogan.

In the wake of the coup the administration of President Erdogan launched a massive reprisal campaign ostensibly aimed at hitting back at all real and perceived enemies, suspected to be associated with the development. Prominent among the government’s targets were all those associated with the Turkish cleric and business man Fethullah Gulen, who is based in the United States of America, but remains opposed to Erdogan. The Turkish government accused Gulen of masterminding the coup; while he has denied the accusation.

Altogether the coup crisis claimed a significant price from the country as over 300 people lost their lives while more than 2,100 were injured. The government detained over 40,000 persons, including about 10,000 soldiers while as many as 2,745 judges and 15,000 education officers were among those who were sacked. Altogether it is estimated that as many as 100,000 persons may have been involved in the government’s purge of the public service.  Expectedly, the government’s action attracted widespread international reactions with all focusing less on the attempted coup than the aftermath with many considering the government’s reaction excessive.

Meanwhile, Erdogan’s government tried to mobilise international denigration of Gulen with the hope of crippling his global network, comprising educational institutions to which the complement of Turkish schools in Nigeria belong. Accordingly, the government had requested the Nigerian authorities to close down all such schools in the country. The Nigerian government was not disposed to indulge in such illegal action since it was against the law of the country. Hence, the Turkish government elected to antagonize by proxy, innocent Nigerian students in that country who were there for studies. The Turkish Police commenced a selective raid on any Nigeria student within their reach that qualified for attack. Some were picked from hostels, others at the airport, while some were from other locations, and all to suffer the same fate of harassment.
While the Turkish government has reportedly released the detained students, the episode leaves a bitter after taste in the minds of Nigerians. Nigerians expect the government, through the Ministry of Foreign Affairs, to exact due apology and compensation for the illegally incarcerated students from the Turkish government in order to accentuate the full odious significance of the issue. The Turkish government should be made to pay for such outrage against innocent Nigerian students.

While Turkey cannot be denied its inalienable right to determine who stays or leaves its territory, the fact that it is a signatory to the United Nations International Convention on protection of the rights of all legal migrants in that country, imposes on it the obligation to protect the rights of all legal migrants who are there for work or study. This, it failed to do in the case of the Nigerian students.

The case of the affected Nigerian students in Turkey should serve as a wake-up call to the government over its habitual slack response to the plight of Nigerians in the Diaspora who fall in harm’s way in their countries of residence. Nigerian citizens expect more proactive action from the government in international instances of crisis as occurred in Turkey.

Mr Cemal Yigit, President, Association of Turkish People in Nigeria (ATPEN) said the Nigerian Turkish International College (NTIC) Foundation, an NGO has drilled over 1, 000 boreholes for communities across Nigeria. He said that communities in Yobe and Ogun states were among the beneficiaries of the boreholes.