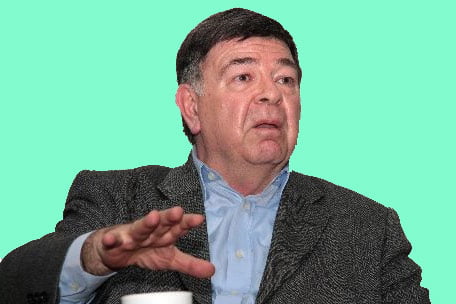 The other day a Brazilian reader of my column asked: “Do you think there are similarities between protest demonstrations in Taksim, İstanbul, and Maidan in Kiev?” And more interestingly: “Is it possible that difficulties Turkey encountered in relations with the European Union have played a role in Erdoğan’s slide into authoritarianism?”

There are indeed some similarities between this summer’s protests in Taksim and those in Maidan this winter. I believe that in both cases young people belonging to educated middle-classes have demanded freedom and democracy in line with EU norms. In both cases their governments have tried to suppress the protests by force and by organizing counter-demonstrations. Both Turkey and Ukraine are divided between those who favor EU integration and those who do not.

It may be speculated that the EU’s resistance to Turkey’s European integration has to a certain extent played a role in Prime Minister Recep Tayyip Erdoğan’s slide into authoritarianism. If the EU had consistently backed its accession process, Ankara may have consolidated democracy and rule of law, so that such a concentration of power could have been avoided. This, of course, is mere speculation. The real causes of Erdoğan’s slide into authoritarianism certainly lie elsewhere.

Erdoğan, after taking half of the vote in the last general election, and convinced to have taken the military under control, began to behave with overblown self-confidence. Since he believed he alone knew what was best for the country, he decided to take all power in his own hands. Taking advantage of the weakness of the opposition parties, he decided that he could do anything he liked and only be held accountable in elections. And thus he increasingly turned towards a Vladimir Putin-like arbitrary and authoritarian rule, aiming to consolidate this by instituting a “Turkish-style presidentialism” that would effectively avoid the legislative and the judiciary to stand in the way of the executive.

I do not, however, share the view that “Erdoğan is an Islamist who wants to move Turkey away from the West,” as argued by many local and foreign pundits. Judging from his performance so far, I believe he is a pragmatic religious nationalist. When he said “Let us into the Shanghai Cooperation Organization and save us from the trouble of trying to get into the EU” to Putin, it seemed he was only expressing his anger over Turkey’s blocked accession. When his government appeared to flirt with the idea of buying a Chinese missile defense system, the motive was most likely to induce rival Western companies to come up with more favorable offers.

Erdoğan’s government has most recently taken initiatives that are likely to please Turkey’s Western allies. Such initiatives include unshelving of the protocols signed with Armenia four years ago and the opening of borders and establishment of diplomatic ties, and restarting talks for a comprehensive solution to the Cyprus problem. There are even signs indicating an initiative to mend Turkey’s ties with Israel. Ties with the West are so important for Turkey that, at least for the foreseeable future, whichever party is in power Ankara is not at all likely to move away from the Western alliance while it pursues its national interests in other directions as well. How well governments serve national interests is, of course, another matter.

Erdoğan’s demagogic discourse blaming foreign (the US, the EU and Israel) and local (the Gülen movement and the “interest lobby”) conspiracies for the mass demonstrations against his government and the corruption probe against several ministers, bureaucrats and favored businessmen is an example of the well-known tactic of deflecting responsibility onto others employed by all governments who fall into deep trouble, avoiding facing their mistakes and wrongdoings, and attempting to cover them up. With such discourse Erdoğan appears to damage even his own Foreign Ministry. Doubts about whether this tactic can save his government are growing.