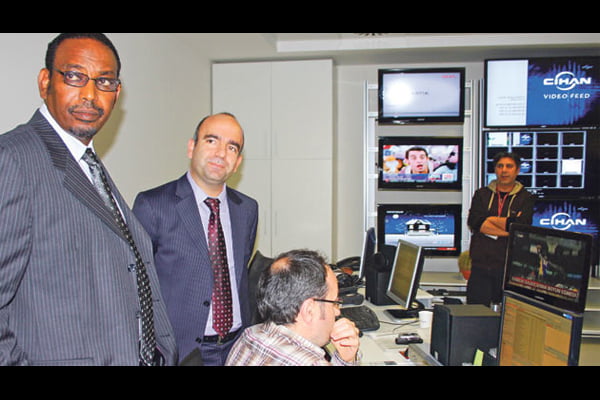 Farah Maalim, Deputy Speaker of the Parliament of Kenya

Farah Maalim, deputy speaker of Kenya Parliament, visited the Zaman newspaper. He warned that the referendum in Sudan might trigger a wave to establish new states in Africa. He emphasized the importance of cooperation with Turkey, and added “We need Turkey to develop together with Africa”.

Maalim also talked about the Turkish schools in his country

Farah Maalim thinks that the Turkish schools in his country, and in the rest of Africa “changes lives”.  Maalim, who has ten family members attending the Turkish schools, said “The Turkish model of education, which is based on social and cultural interactions, receives support from many of the countries in Africa”. Pointing out that Kenya has a very diverse society, whether it be religion, ethnicity, or local beliefs, Maalim stated that the principles of these schools, such as integration, improvement, harmony, and tolerance, are welcome and appreciated. He emphasized that the Light Academy schools in Kenya accept students from all kinds of beliefs and income levels, and provides everyone a quality education. Having read many of Fethullah Gülen’s books, and listened to many of his sermons, he defined Gülen as a “man of peace”, and even said he gave out Gülen’s books to congressmen of all sorts of beliefs.  Maalim stressed that Gülen’s books don’t address just Muslims but all humanity. He said “Your responsibility isn’t only to Muslims, it’s to all humans, all creatures even. This is what our religion teaches us. Gülen gives strong messages in his books and sermons; he affects people in that respect.”

Source: Zaman Newspaper, December 31, 2010. Part of the news was translated by IDC members.