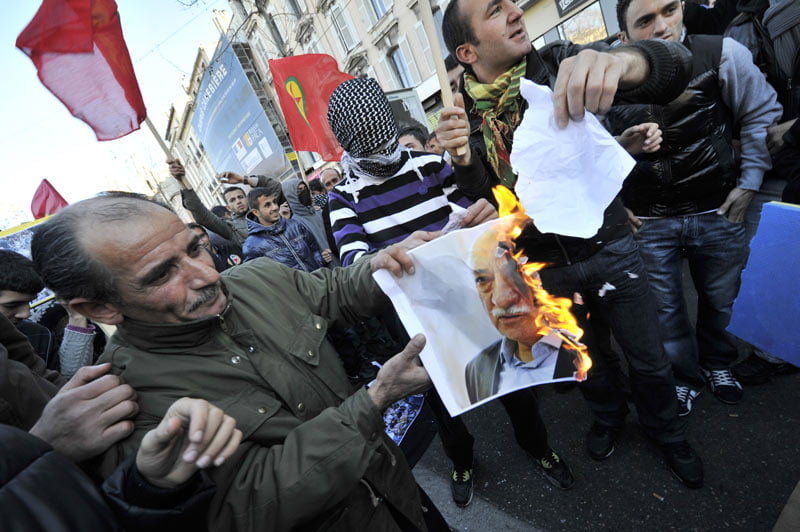 The Pennsylvania-based cleric is a leading reformer of moderate Islam — either that, or the head of a dangerous terrorist organization.

The dueling descriptions of Fethullah Gulen often seem to describe two completely different men. To his supporters, the Pennsylvania-based imam is a progressive, tolerant Islamic thinker, who presides over a grassroots organization known as Hizmet (“Service”) that prioritizes education and works to counter radicalization in the Muslim world. To his enemies, he is a shadowy cult leader whose followers are deeply embedded in the Turkish police, judiciary, and military and the head of a terrorist organization bent on toppling the government in Ankara.

Those enemies include Turkish President Recep Tayyip Erdogan, who accused Gulen of masterminding the recent failed coup against his rule. Erdogan and other senior Turkish officials have said they will demand Gulen’s extradition and that U.S. failure to do so would call the close U.S.-Turkish relationship into question. Prime Minister Binali Yildirim said on Saturday that any country that stood by Gulen “is no friend of Turkey [and] is engaged in a serious war with Turkey.”

Whether U.S. officials move against Gulen depends on which description of the cleric they ultimately endorse. Secretary of State John Kerry has said the United States has not yet received an extradition request for Gulen but will consider “any legitimate evidence” implicating him if it does receive a formal request.

It’s the job of Robert Amsterdam, an attorney working for the Turkish government, to gather evidence of Gulen’s alleged crimes in the United States. “This man is a money-laundering criminal,” Amsterdam told Foreign Policy.

Gulen, he says, is posing as a harmless septuagenarian cleric, while in reality he is cultivating a powerful political network and establishing hundreds of charter schools in the United States that inculcate children with his ideology. “Deception,” Amsterdam said, “is actually part of his cult.”

The offices of a Gulen-linked network of charter schools in Chicago were raided by the FBI in 2014, on accusations that the schools were diverting taxpayer funds to trusted insiders rather than relying on a fair and open bidding process. Amsterdam has filed numerous complaints against other Gulen-linked charter schools across the United States, alleging that they similarly have funneled state and public funds to other Gulenists, which represents an illegal conflict of interest. He has also accused the publicly funded schools of proselytizing, saying that they are working to spread Gulen’s Islamic message among their students.

At the same time, Amsterdam says, Gulen has assiduously cultivated a network of support among U.S. officials at the federal and state levels. An investigation by BuzzFeed in 2014 detailed tens of thousands of dollars in donations by U.S.-based Gulen sympathizers to the movement’s allies in the House of Representatives; last year, USA Today found that the Gulen movement had funded trips to Turkey for more than 200 congressmen and their staffs, in violation of House rules. At times, these political allies seemingly have helped funnel taxpayers’ money to Gulen’s schools: An investigation by the Chicago Sun-Times in 2013 reported that a Gulen-linked charter school, after initially being denied permission to expand its operations, successfully appealed to Illinois House Speaker Michael Madigan to reverse the decision.

“[Gulen] has done an amazing job in the U.S. — you’d think he and his followers have been in the country for 200 years,” Amsterdam said.

For the Turkish government, these charges are just the tip of the iceberg. Erdogan blamed Gulenists embedded in the police for launching a corruption investigation against top government ministers in 2013, a move he described as a coup attempt. Turkish officials now accuse Gulen of running a “parallel state” within the state, essentially trying to co-opt Turkish institutions to his own ends. On May 26, Turkey’s National Security Council officially designated Gulen’s movement as the Gulenist Terror Organization (FETO), on par with other enemies like the Islamic State or the Kurdistan Workers’ Party (PKK). Gulen would face terrorism charges as the leader of this organization if he were extradited to Turkey.

Others, however, denounce such charges as absurd. Graham Fuller, a former CIA station chief in Kabul and researcher, describes Gulen as precisely the sort of moderate Islamic voice that the United States should support. He has long defended Gulen from his critics; in 2006, he wrote a letter to the FBI defending Gulen against attempts to push for his extradition, offering his view that the cleric was a moderate, not dangerous, radical and that he represented no security threat to the United States.

Fuller told FP that he was inspired to write the letter because he had recently finished research for a book on Islamic movements across the globe and had found Gulen to be one of the most inspiring examples he had come across.

Gulen advances an idea “that Islam will prosper and grow through knowledge and education,” he said. “It’s thoroughly modernist, and it wants to bring traditionalist, pious Turks, who went to the mosque all day long, into the educated, cultivated, urbanized, globalized mainstream.”

Gulen’s defenders typically describe him as championing a version of Islam that prioritizes social engagement over attention to the minutia of religious observance and reconciles the faith with universal values.

“Gulen has expanded his focus to embrace appreciation of common values in human life,” Fuller wrote in his book Turkey and the Arab Spring. “These values need not come exclusively from Islam; he perceives similar values in other religions as well, particularly in Judaism and Christianity.”

Gulen’s supporters don’t deny that members of the movement entered Turkish institutions like the judiciary, police, and military. However, they deny that they have done so as a bloc or that they follow orders handed down by the Gulenist movement, saying they act as individuals and should be allowed to participate in public life like all other citizens.

Moreover, Fuller argues that Gulen’s supporters were in no position to be able to launch a coup attempt. Not only has Gulen denied any involvement, he says, but his movement has been targeted by a crackdown from the Turkish state since at least 2013, which has seen many of its media shuttered and its members arrested and removed from positions of authority in Turkish institutions. At a moment of huge weakness, Fuller says, it is unlikely the Gulenists had the capacity to organize such a conspiracy.

“I would be amazed if they had any power within the military to pull off anything like this,” he said.

Nor does he believe the United States will ever accede to the Turkish government’s request to extradite Gulen. The U.S. government examined the cleric closely when it decided to grant him a residency permit in 2008, he says, and determined that the accusations against him were without merit.

“They will have to jump through a lot of judicial hoops to expel Gulen,” Fuller said. “And I don’t think remotely that the Turks are going to be able to come up with any evidence to do this.”

The sole issue that Fuller and Amsterdam agree on, ironically, is Gulen’s sweeping influence. In Fuller’s case, he highlights Gulen’s impact through charter schools and media; Amsterdam notes his U.S. political donations and congressional junkets. “It’s a widespread empire — empire has not been an out-of-place word,” Fuller said of Gulen’s network. “He’s a political actor on the world stage, an international influence peddler,” Amsterdam said.

Whether Gulen is using his influence for good or ill is hard to know. What’s clear enough is that the question could be a central issue in U.S.-Turkish relations for years to come.

It may be speculated that the EU’s resistance to Turkey’s European integration has to a certain extent played a role in Prime Minister Recep Tayyip Erdoğan’s slide into authoritarianism. If the EU had consistently backed its accession process, Ankara may have consolidated democracy and rule of law, so that such a concentration of power could have been avoided.