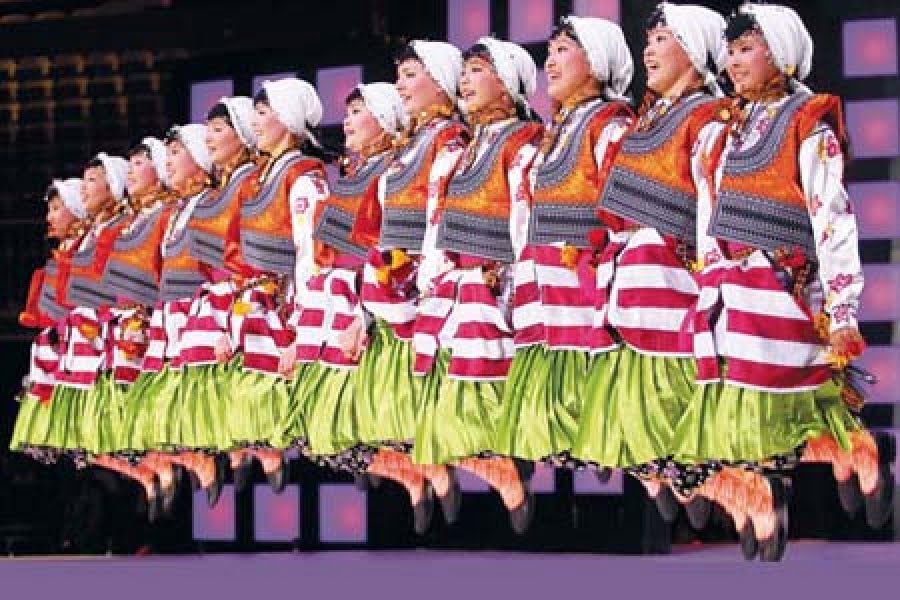 A group of Tanzanian students won the final round in the 11th International Turkish Olympiad folk dance competition held at the İstanbul Sinan Erdem Sports Complex on Thursday night.

Thousands of spectators were thrilled by the performances of foreign students in the folk dance finals as part of the Olympiad, a competition and festival that celebrates the Turkish language and which this year brought together 2,000 students from 140 countries around the world, and were delighted to see the foreign students performing traditional Turkish folk dances.

Among the nearly 20,000 attendees at the event were well-known figures from politics, the arts, business, media and sports. Among the jury members for the competition were Turkish folk singer Turgay Başyayla; academics Adil Çete and Murat Sönmez from the Gaziantep University Turkish Music State Conservatory and academics Göktan Ay, Serpil Mürtezaoğlu and Ahmet Turan Demirbağ from the İstanbul Technical University (İTÜ) Turkish Music State Conservatory.

Martin Yordanov from Bulgaria, who won the Olympiad’s most prestigious medal on June 7 for singing the Turkish song “Deli Gönlüm” (My Mad Heart), also performed during the folk dance final.

The 11th Olympiad is organized by the International Turkish Education Association (TÜRKÇEDER) and began on June 1 with a grand ceremony in Ankara and will end on June 16 with a closing ceremony at the Atatürk Olimpiyat Stadium in İstanbul. There have been numerous stage shows performed by Turkish Olympiad participants in 55 cities across Turkey during the 16-day Olympiad period.