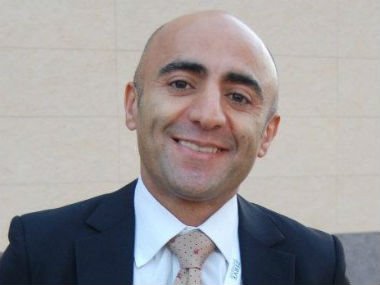 Recently, visiting Istanbul, I attended a conference on the Arab Spring organized by Abant Platform, a local NGO that gathers Turkish intellectuals of different stripes for policy debates. The conference – this time with attendees from Washington, Tel Aviv, London, St. Petersburg and Arab capitals in addition to Turks – debated Turkey’s leadership role in the Arab Spring.

Recently, visiting Istanbul, I attended a conference on the Arab Spring organized by Abant Platform, a local NGO that gathers Turkish intellectuals of different stripes for policy debates. The conference – this time with attendees from Washington, Tel Aviv, London, St. Petersburg and Arab capitals in addition to Turks – debated Turkey’s leadership role in the Arab Spring.

The venue was Ciragan Palace, a former Ottoman residence on the Bosporus and an apt selection for the new Turkey. Over Turkish coffee served a la Ottoman with double-roasted Turkish delight on the side, Ali Aslan, a Turkish journalist, summed up the new Turkey for me: “Ten years ago, the Turks would not have organized a conference on the Middle East lest this made them look non-European. And if such a conference were ever conceived, it would be run by the government and staged in Ankara, with all the participants making arguments in favor of following Europe’s footsteps.”

The new Turkey looks beyond Europe and thinks globally for a variety of reasons. Turks feel confident as the world around them suffers from economic meltdown while Turkey booms: In the third quarter of 2011, the Turkish economy grew by a record 8.2 percent, outpacing not only the county’s neighbors, but also all of Europe.

Turkish trade is already heading away from Europe. The continent’s economic doldrums coupled with Turkey’s new trans-European vision means that the country’s traditional commercial bonds with Europe are eroding while its trade links with the non-European world flourish. In 1999, for instance, the European Union accounted for over fifty-six percent of Turkish trade. In 2011, this number went down to forty-one percent, while the share of members of the Organization of Islamic Countries in Turkish trade climbed from twelve percent to twenty percent in the same period.

Buoyed by economic dynamism, political stability, and a new supra-European vision, the Turks have accordingly reached far and abroad to build soft power in places they had earlier ignored, such as the Middle East, Africa and even far-flung countries such as Vietnam and Mongolia.

The private sector, universities and NGOs are driving this agenda, shaping the new Turkish supra-European identity. This trend can best be observed in cities dominated by the middle class: in Gaziantep, the country’s sixth largest town, as well as other middle-sized towns such as Kayseri, Konya, Malatya, and Denizli. Dubbed “the Anatolian Tigers” for driving the country’s record-breaking growth rate, these towns have also provided solid support to the AKP while linking Turkey to the Middle East, Africa and beyond.

Gaziantep, near the Syrian border, has factories that manufacture almost everything, selling goods to over 70 countries. The town’s pasta ends up on Italian dinner plates. In this sense, Gaziantep is like an Anatolian Guangzhou, the Chinese hub famous for selling its wares to the most distant and unlikely places.

But unlike Guangzhou, Gaziantep is also building soft power for Turkey. Zirve University in Gaziantep is a testimony to this. Funded by the local billionaire Nakiboglu family, which made its wealth recently in international commerce, the university has a gleaming campus that rises amid Gaziantep’s famous pistachio groves.

Visiting this campus is like visiting the new Turkey. Gokhan Bacik, a professor of international relations who studies Turkey’s new active Middle East policy, told me that already, over ten percent of the university’s student body is foreign despite the fact that the university opened only two years ago. Many students hail from the Middle East, especially nearby Syria, as well as the Balkans, Africa, the former Soviet Union, and even Europe. “We have students from Austria and Papua New Guinea,” he added.

Gaziantep is the epitome of the new Turkey. For years, it was known in Turkey for its heavenly pistachio nut-filled baklavas. Today, shops in the town’s gentrified medieval old city and along tram-lined streets in leafy middle-class districts proudly display the “world’s best baklava,” making a culinary claim to Turkey’s new global identity.

Additionally, businesspeople from Gaziantep and other Anatolian Tigers are busy financing and managing construction projects across the world, including Cairo’s new airport terminal and major projects from Russia to Mongolia. Others are launching schools to educate future elites in countries around the globe, including Nigeria, Morocco, Brazil, and Vietnam, demonstrating further soft power in the making. Most of these businessmen and schools belong to the Sufi-inspired Gulen Movement, a force to be reckoned with in the new Turkey. Mustafa Sungur, who sympathizes with the movement, says that the “Movement has Turkish schools in almost all countries of the world with the exception of authoritarian places such as North Korea, Iran and Saudi Arabia.”

Turkey’s new global identity is increasingly shaping its foreign policy, as well. Like the country’s national airlines, its diplomats seem to be following Turkey’s businesspeople and reaching even further beyond. In the past decade, Turkey has opened up over forty new diplomatic missions, most of them in Africa and Asia, including Basra, Maputo, Accra, Juba and Yaoundé. It has also set up posts in Latin America and now has diplomatic reach in Bogota and Santiago.

This posturing suggests that Turkey’s new supra-European identity and global confidence is here to stay. That, of course, requires the Turkish economy to keep humming and the country to remain stable. If Turkey plays its hand well, the same economic factors responsible for facilitating its rise beyond Europe will continue to help it maintain its confident global outlook.

This is why it is essential that the new Turkey is a responsible global player. The need for continued stability is the very reason Turkey cannot afford to be a bully. Take, for instance, Ankara’s threats to Israel over the flotilla incident. After Israel refused to apologize, some officials threatened to send the Turkish navy to confront the Israelis. It is in Turkey’s best interest to avoid conflict, which is the reason Ankara stepped away from confrontation with Israel.

Turkey is confident and can afford to look beyond Europe because it continues to grow. And Turkey grows because it is deemed stable and investment grade while the world around it goes through economic and political convulsions. A belligerent foreign policy and political instability would almost certainly usher in economic instability, ending Turkey’s run for global influence. In short, the new Turkey’s soft power rests on Turkey being a soft country.

Editor’s Note: Soner Cagaptay is a Senior Fellow at the Washington Institute for Near East Policy and is the co-author, with Scott Carpenter, of Regenerating the U.S.-Turkey Partnership.

The views expressed in this article are solely those of Soner Cagaptay.

Some parts of the article has been published here. Click here to read the full article.