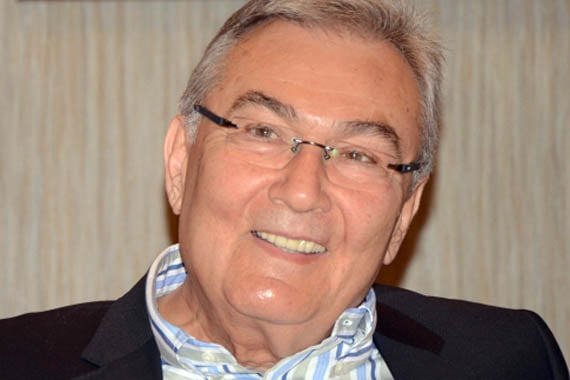 Deniz Baykal, the former leader of the Republican People’s Party (CHP), has expressed his support and appreciation for the first joint mosque-cemevi project.“I see this progress as a starting point for the cemevi [Alevi house of worship] to become officially recognized by the state,” Baykal said to the press in İzmir.
He explained that the words “mosque” and “cemevi” have the same origins and meaning — bringing people together. “In fact, there is no difference between these two houses of worship. I really appreciate the efforts spent for this project.”

The former CHP leader also maintained that mass prayer, which enables people to satisfy their spiritual appetites and feel togetherness in a community, is a need for all kinds of believers.

“Mosques stand for Sunnis to hold their congregational prayers; as do cemevis for Alevi people. They should be able to satisfy this very need of their beliefs, too,” Baykal said.

In respect to the recognition of the cemevi as an official place of worship, Baykal said that the Turkish state has lagged behind, but the latest progresses are promising. “We shouldn’t limit ourselves to a cemevi beside a mosque. It could have been beside a synagogue, or a church or all by itself. No difference exists between houses of worship,” he also said.

The groundbreaking ceremony of the first ever joint mosque-cemevi culture center was held in Ankara on Sunday with the participation of a number of government figures as well as Alevi and Sunni community leaders and members of the public.

The project aims to strengthen ties between the Alevi and Sunni communities in Turkey in the face of the ignition of sectarian tension in the Middle East.

The project in Ankara, which was proposed by Turkish-Islamic scholar Fethullah Gülen, is being financed by businessmen both from the Alevi and Sunni communities and is being conducted by the CEM Foundation and the Hacı Bektaş Veli Culture, Education, Health and Research Foundation.

There are plans to launch joint mosque-cemevi projects in five other Turkish provinces in addition to the recently launched project in Ankara, the Radikal daily reported on Tuesday.

According to the daily, the locations of the new mosque-cemevi projects will be in the Kartal district of İstanbul, the Çiğli district of İzmir, Çorum, Adana and Gaziantep.

At least 21 people have reportedly committed suicide either after they were imprisoned over ties to the movement or after being linked to the movement outside prison. The relatives of most of them claim that the detainees are not the kind of people to commit suicide, shedding doubt on the official narrative. Rumours also have it that some of the detainees were killed after being subjected to torture under custody.