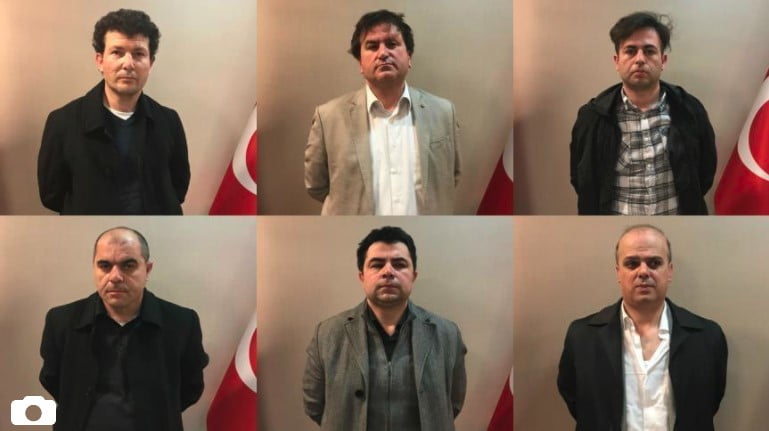 The March 29 deportations were approved by Kosovo’s interior minister and intelligence chief, moves that prompted their dismissals a day later by Kosovar Prime Minister Ramush Haradinaj, who said the officials took action without his permission.

The deportations also brought criticism from rights groups and the European Union, which on April 3 said they “raised questions” about both Pristina’s and Ankara’s “respect” for human rights.

Haradinaj on April 4 said he told the “EU and Washington that this was a mistake and an accident and I have asked them for their understanding and help to fix this.”

Both Muslim-majority countries have applied for EU membership, although Kosovo’s candidacy appears to be further along than that of Turkey, which has quarreled with the bloc in recent years over various political, cultural, and military matters.

The deported Turks reportedly had ties to the Fethullah Gulen movement that Erdogan blames for a failed 2016 coup attempt against his government. Gulen, a self-exiled Muslim cleric living in the United States, and his followers deny the allegations.

Avdullah Hoti, the parliamentary head of the opposition Democratic League of Kosovo (LDK), called for the April 4 emergency session on the matter, saying he was “shocked” by the arrests.

“Instead of being interviewed by authorities in Pristina, they were urgently deported to Turkey,” Hoti said.

The arrested and deported Turks were the principal and the teachers of Mehmet Akif College in Pristina.