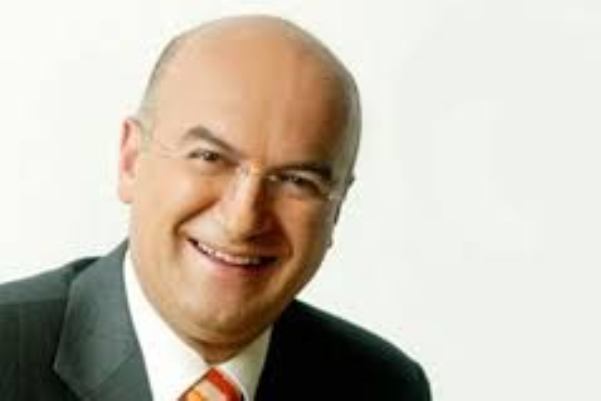 “The real challenge to the legacy of Prime Minister Recep Tayyip Erdoğan in the Turkish political landscape now comes from Erdoğan himself as he has been rapidly moving from a progressive stand through which he was able to appeal to a broad-based electorate to an authoritarian conservative platform with a strong dominance of political Islam,” argued Abdullah Bozkurt in a very passionate article in Today’s Zaman yesterday.

“One’s claim of being a democrat ends when, having reached the power echelon, one begins to regard the opposition as the domestic enemy, journalists as traitors and politics as a warzone,” wrote İhsan Dağı in the Zaman daily, also yesterday.

More than obviously, there is something worrisome and puzzling in the way Prime Minister Erdoğan is running the country.

There are two alternative reasons for his pattern crystallizing more and more: It is either a loss of contact with reality, thus resulting in one erratic decision after another; or else everything is premeditated, calculated towards cementing his personal power by increasing his total control over the party, thus the government, thus the state and thus society, increasing his efforts to its zenith during the triple election period we are entering.

Whichever the reason, the odds are just slightly with him (given the silent majority within the middle class); no matter if he is dragged into one erroneous choice after the other or remains cunningly in control, Turkey’s future — its historic dilemma before the destination called democracy — is on the table.

Let me make an analogy by way of a recent example.

If you dust off the dissimilarities in details, we are standing right between the path chosen by Nelson Mandela and the one grabbed by his opposite, Robert Mugabe. It stands as either a benevolent delivery of freedom and rights and sharing of power or a sheer hijacking of aspirations in a way inviting a disaster, a social collapse.

Given the fact that most — if not all — checks and balances are now gone and we are heading towards a centralization of powers rather than the opposite; that the political power centers are intensely hallucinating about domestic enemies everywhere; that political hooliganism among Justice and Development Party (AKP) youth is making itself vocal on social media; and that the press is following a pro-power chorus on a daily basis, the ground where freedom of speech is concerned is no longer safe.

But Erdoğan’s political calculations for his strategy do not seem to make much sense to many. Why has he chosen to alienate the Hizmet movement now and not after the elections? Why is he even more furious with the remaining independent media than before? Is he doing all this and others to win or is this a heavy gamble, in despair, to lose or win everything?

He has set 50-plus percent as the psychological barrier for the local elections in March. It is also foreshadowing for the presidential elections in August. Thus, anything lower than that will put him in a precarious position, no matter how he and the AKP view it. A recent survey by Mak Consultancy showed that there is not much support (only 21 percent) for the closure of private prep schools. (There are also rumors that the AKP’s own polls agree with this.)

One likely argument is that Erdoğan is hoping to replace the loss of votes by the Hizmet base and liberal segments by appealing to the Kurdish electorate by keeping the peace process alive.

But, even if so, why should Kurds then abandon the Peace and Democracy Party (BDP) and why wouldn’t some of the AKP’s nationalist-sensitive votes go to, say, the Nationalist Movement Party (MHP)? There is not much sense in this…

The İstanbul elections are key. We know that there will be a large portion of first-time voters in the province (6 percent) but we do not know whether the mass abstention in voting — say, by the Hizmet movement — will serve either the AKP or the Republican People’s Party (CHP) there. Mind these elements, which may turn the AKP-CHP race into a “head-to-head” fight.

But another point must always be kept in mind regarding the general elections: As long as there are more than eight points between the winning and the runner-up party, Turkey will be ruled by a single majority government. This electoral status quo is in favor of Erdoğan, though it does not help to fully explain his overall strategy.

Let us not forget that he will also have to appease his weary ministers, who expect advancement and more glory. This is a tough task which will be tested when he reshuffles the Cabinet soon.