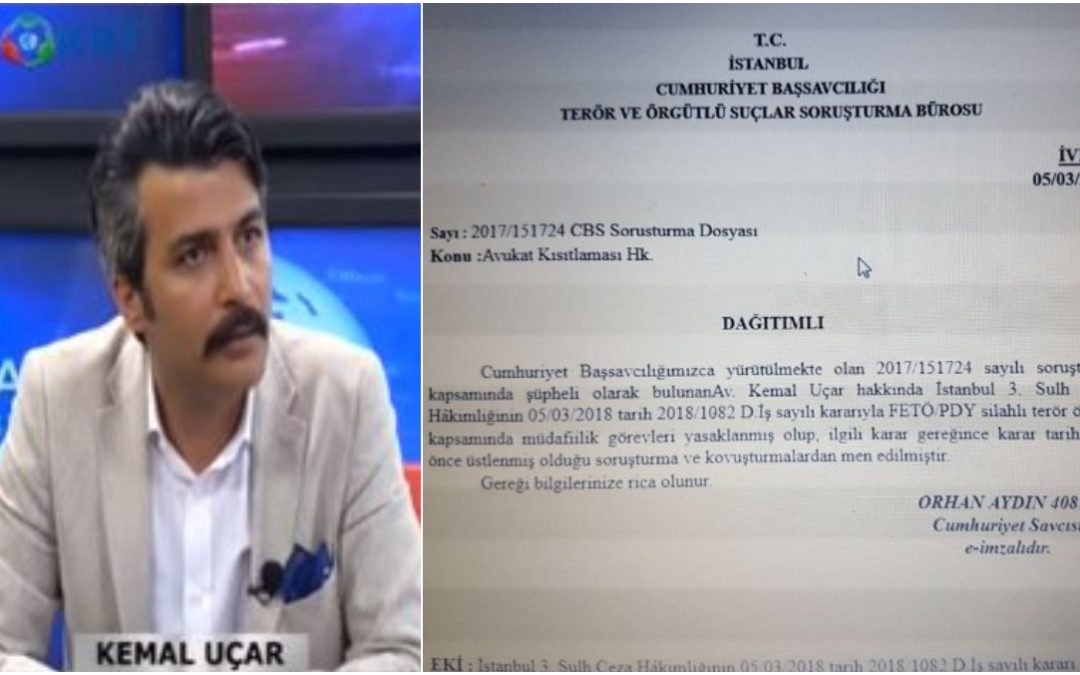 On Thursday, the Istanbul-based lawyer, known for his critical statements concerning July 15, 2016 coup attempt cases, was detained due to what his colleagues say “occupational activities.”

Istanbul Public Prosecutor’s Office banned Ucar from taking up cases concerning people with ties to the movement, according to a notice issued by the prosecutor’s office on Monday.

Ucar was also removed from the existing cases in which he defends alleged Gulenists.

Five hundred seventy-two lawyers in Turkey have been arrested, 80 of whom have been convicted and sentenced to between four and 14 years in prison since July 2016, a recent report by the Arrested Lawyers Initiative has said.

Ucar, himself, feared arrest before the he was taken into police custody earlier this week.

“A prosecutor told me: ‘Kemal, you question military issues too much. You will be blacklisted as a lawyer for Fetö [a derogatory term for the Gülen movement].’ I said that ‘I am not [their lawyer]. Why would they arrest me?’ He said, ‘I’m not saying you’re a member of Fetö, but you shouldn’t be surprised if they arrest you.’ I said: ‘How can they do that?’ He took out his cell phone and said: ‘They can say that you use ByLock [a mobile phone application]. But I said that I don’t use ByLock. He said: ‘It’s not important. You will stay in prison six months, one year, and you will learn your lesson until you prove it’,” he earlier told a TV program.

Turkish authorities believe ByLock is a communication tool among followers of the Gülen movement, which is accused by the Justice and Development Party (AK Party) government of orchestrating a failed coup in 2016, a claim the movement denies.

Ucar also said during another TV program that one of his clients, an air force pilot, was accused in a fake voice recording of bombing the Turkish Parliament even though he was not flying a jet at the time of the recording.