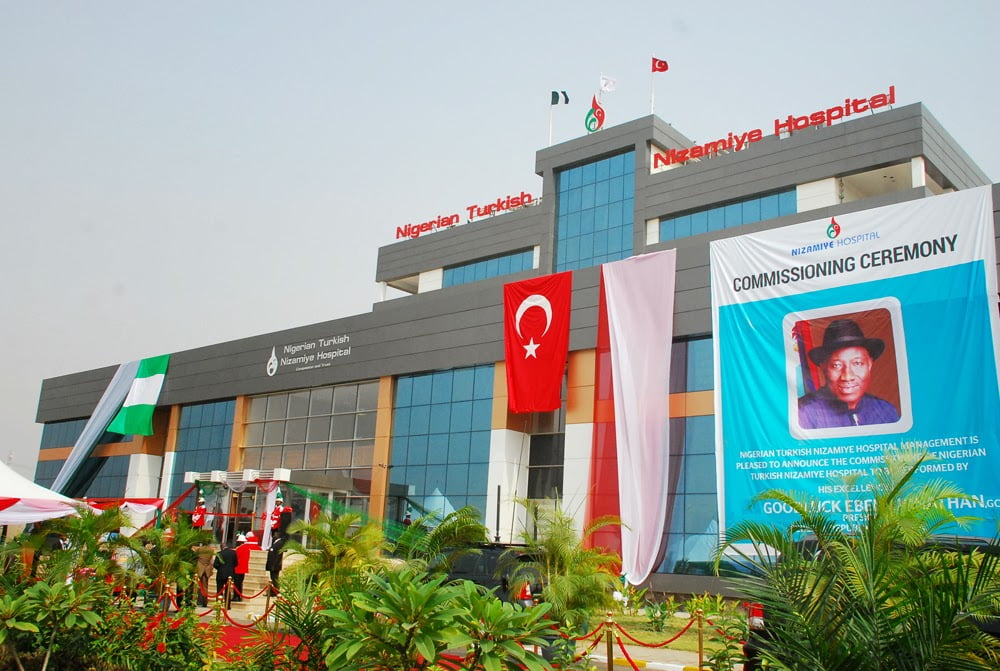 Nigerian Turkish Nizamiye Hospital opens on the 20th of February, 2014.

Democracy is quite better than dictatorship mainly because it has more merits, more advantages in the areas of protection of human rights. Amongst the advantages is the peace and security. However, these arguments are valid only to the extent of the attitudinal disposition of the political players in the democracies. This is because democracy, as a system of government, does not by itself help political stability. It is how democracy is operated that largely defines the extent of achievable peace, cooperation and security. The recent coup in Turkey therefore raises many questions as to why democratically-elected governments are easily toppled in a manu militari fashion.

Turkey played host to four coups d’état before the July 15, 2016 case. The first military incursion into politics in Turkey was on May 27, 1960 when a group of 38 young military officers ousted the democratically elected government of the Democratic Party. The second coup took place on March 12, 1971 reportedly to restore orderliness following an economic downturn provoked by a widespread unrest. In the same vein, another army coup took place on September 12, 1980 following clashes between left- and right-wing groups. February 28, 1997 witnessed another destabilising coup in Turkey but the seriousness of the destabilisation is not as much as the last coup against President Erdogan when he was on holiday at a resort in South West of Turkey on July 15, 2016. In terms of the aftermath effects, the coup was unprecedented in reactive crackdown..

For instance, at the level of the coupists, the Turkish Parliament and the Ankara Presidential Palace were bombed. 14 naval vessels were declared missing as at July 19. At the level of the elected government, 15,846 suspects were detained and so were 2,745 judges. More disturbingly, 48,222 workers were suspended, 16 television stations, 23 radio houses, 45 newspapers, 29 publishers and 3 news agencies were closed down. 15,000 education staff were suspended, while licenses of 21,000 teachers working in the private sector were revoked for alleged loyalty to Fetullah Gulen. 50,000 passports issued to coup suspects were cancelled. In fact, a 3-month state of emergency was declared.

In the eyes of the international community, this crackdown by President Recep Tayyip Erdogan of Turkey is excessive or unnecessary. This probably explains why President Erdogan’s speech to his supporters, who wanted to hold some rallies in Cologne, Germany, was disallowed by the Government. Even though Turkey joined the NATO (North Atlantic Treaty Organisation) as far back as 1952, the implication of which is that it is entitled to collective support by virtue of the consideration that an attack on any Member state is an attack on all others, repression of human rights has not allowed for steady support.

True, Gulen is generally considered a moderate Muslim, leading the Hizmet, a popular movement, and promoting interfaith dialogue and social development in any countries of the world. He has established secular co-educational schools and universities. For President Erdogan, the Hizmet is a terrorist organisation. He has held the Gulen-led Hizmet mainly responsible for the failed coup. Gulen has vehemently denied it. In an interview he granted Fareed Zakaria of the CNN, he explained that he had ‘always been against coups’ and that he curses ‘people who resort to coups against democracy, liberty and republic.’ More significantly, he noted further that ‘if there is anything (he) told anyone about this (coup attempt) verbally, if there is any phone conversation, if one-tenth of this accusation is correct … (he) would bend (his) neck and would say “they are telling the truth. Let them take me away. Let them hang me.” Probably on this basis, the Washingtonian government is strengthened in insisting that there should be convincing evidence of complicity before consideration of his extradition.

Besides, it has been argued by some observers that the US-Turkey agreement on extradition clearly provides that an act or offence must be extraditable before anyone can be extradited. Treason as presented by President Erdogan is not listed as an extraditable act in the treaty. The relevant point from the foregoing is that President Erdogan has also asked the Government of Nigeria to close down all Turkish schools in Nigeria allegedly because Fetullah Gulen was the main architect of the failed coup in Turkey. Is this request in Nigeria’s national interest? In which way is the Turkish failed coup likely to impact on Nigeria’s national security? How important is Nigeria-Turkish relations in the country’s overall global relations?

Nigeria-Turkey Relations
Turkish Request and Nigerian Perspectives
The Turkish Ambassador to Nigeria, His Excellency, Mr. Hakan Cakil, was reported in Daily Trust of Friday, July 29, 2016 to have informed the Vice Charman of the Senate Committee on Foreign Affairs, Senator Shehu Sani, when he visited the Ambassador, that Turkey had formally requested Nigeria, being a strategic partner, for the closure of the 17 Turkish schools in Nigeria for one main reason: terrorism.

In the words of Ambassador Cakil, “all the schools in Nigeria belong to the Gulen movement and not the Turkish government. They are using the schools to recruit followers for terrorism. This is threatening the peace in our (Turkey) country as they are using funds they are generating in Nigeria for terrorism.” More significantly, Ambassador Cakil had it that “Gulen is a terrorist organisation using rhetoric of dialogue, peace and partnership to deceive people. It is being presented as a kind of Muslim missionary but they are abusing religion. they misled the public by putting Turkey in the name of their schools. We don’t have schools in Nigeria, we have in other countries but not in Nigeria.”

Many observations are derivable from this statement. First, the use of the name Turkey necessarily implies ownership and possession. Second, citizens of Turkey do not have any right to use the name to qualify any private asset. Third, the alleged strategic partnership between Turkey and Nigeria should allow the subservience of Nigeria’s sovereignty to that of Turkey. Fourth, the Turkish request seeks to undermine Nigeria’s sovereign laws under which the 17 alleged schools were registered. Fifth, the statement presumes, and most unfortunately too, that the schools were Turkish and not Nigerian. Sixth, and perhaps most significantly, are the schools really or not instruments of terrorism?
Mr. Cemal Yigit, the spokesperson of the Nigerian-Turkish International Colleges, sees the request as a mere campaign of calumny against the schools. As he put it, “the NTIC, Niamiye Hospital, Nigeria-Turkish Nile University under the First Surat Group of Companies are privately invested here by private investors. These groups of companies have nothing to do with the Turkish government and they are not governmental and non-political companies.

Their responsibility is to the Nigerian authorities. The schools and hospitals are open. There is no way they could be closed. This is just misinformation disseminated by the Turkish ambassador to Nigeria.” If there is no official support, particularly by way of funding or investments, on what basis would the Turkish request be justified beyond the possible change of name, Turkey? To what extent can the Turkish law override that of Nigeria? Should the schools be closed by the Government of Nigeria?

The Way Forward
The dominant viewpoint of the Nigerian diplomatic community is that there is no good basis for the closure of the schools. I shared this position only if it can be proved beyond reasonable doubts that the schools are truly not being used as accessory to terrorism. The Turkish request should be understood in two different ways: to punish by way of containment of the influence of the Gulenists or to advise Nigeria to stop the use of its territory for terrorist activities. This means that the allegations of the Turkish government must first be investigated. In the first instance, the Turkish president must substantiate the allegations against Gulen. Secondly, the evidences must be linked to the schools in Nigeria. Nigeria must learn from Epichamus’ saying in his Fabulce Incertoe that “the wise man must be wise before, not after, the event.”

QUOTE: Many observations are derivable from this statement. First, the use of the name Turkey necessarily implies ownership and possession. Second, citizens of Turkey do not have any right to use the name to qualify any private asset. Third, the alleged strategic partnership between Turkey and Nigeria should allow the subservience of Nigeria’s sovereignty to that of Turkey. Fourth, the Turkish request seeks to undermine Nigeria’s sovereign laws under which the 17 alleged schools were registered. Fifth, the statement presumes, and most unfortunately too, that the schools were Turkish and not Nigerian. Sixth, and perhaps most significantly, are the schools really or not instruments of terrorism?