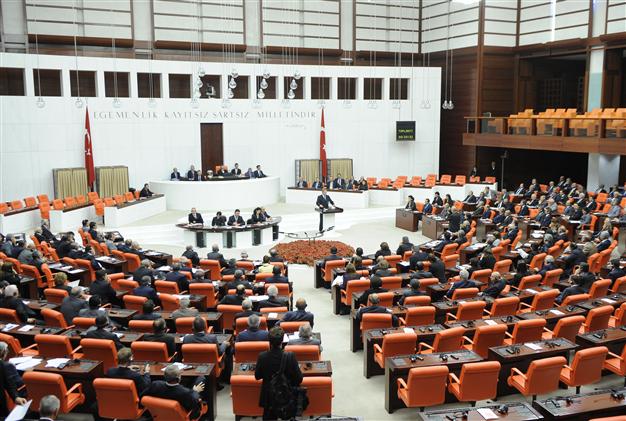 Former minister with ruling Justice and Development Party (AK Party) İdris Naim Şahin has submitted a lengthy inquiry to the Turkish Parliament, asking if there is a secret plot against members of the Gülen movement and if the government has mobilized all its resources to gather evidence through any means. Şahin, who resigned last year over growing corruption scandal, has been a close associate with Turkish Prime Minister Recep Tayyip Erdoğan strechting back to 1990s, blamed the government for being ruled by a “narrow group of oligarchs” in his resignation letter.

In the parliamentary inquiry the former minister submitted, Şahin said one of the documents he has received is the “Action Plan” drafted in the Interior Ministry, ordering intelligence officials to investigate “archives” of the Gülen movement and gather evidence. Şahin noted in the inquiry that the Gülen movement is known to be making efforts to preserve the nation’s faith, scientific and cultural values and promote these values abroad that would only enhance the prestige of Turkey. He added that the government is using state resources to take a confrontational approach toward those who feel sympathy or affiliated with the Gülen movement.

Listing down the orders in the Action Plan, some of which constitute criminal acts, Şahin asked if these plans to eradicate the Gülen movement is authentic. He questioned the validity of the first article of the Action Plan, which said those who are members of the Gülen movement and try to destroy the constitutional order of the country should be detected and necessary evidence should be gathered in a secret way.

The Action Plan also orders authorities to investigate if the Gülen movement possess armed power, if it is possible for those who are within the army, gendarmerie, National Intelligence Organization (MİT) and police forces have intention for armed insurgency and if they have necessary power to take over the government. The Action Plan also asks for investigation of the role of the Gülen movement in recent attacks such as St. Santoro murder, Hrant Dink murder, Zirve publishing house massacre, Necip Hablemitoğlu and Üzeyir Garih murders.

The Action Plan also asks if those who have become victims during criminal investigations in the past ten years would testify against the Gülen movement and demands that former members of the Gülen movement be questioned and protected through state witness protection system.

Şahin said in the inquiry that the accusations are intangible while individuals and institutions in the Action Plan are imaginary. “How do you reconcile these accusations with universal and objective foundations of the law, security of law and state and innocent until proven guilty principle?” Şahin asked. The former minister asked if the government is planning to implement an advanced version of the “plot” by looking for “new criminals” in cases that outraged the public in the recent past.

The former AK Party deputy and minister asked if there is an operation against judges, prosecutors as well as members of the police and said if similar operations against other religious communities are under way.