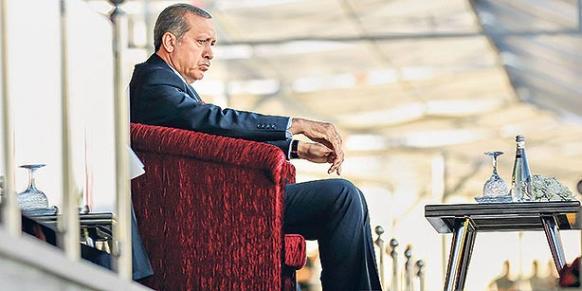 International school headteacher Turgay Karaman, academic Ismet Ozcelik and businessman Ihsan Aslan are believed to have been targeted over suspected links to a US-based cleric accused of leading an attempted coup against Recep Tayyip Erdogan.

His government has been attempting to round up Fethullah Gulen’s supporters around the world, while investigating more than 150,000 people in an ongoing crackdown that has generated international alarm.

Mr Gulen has denied any link to the coup, while international authorities have found no evidence for Turkey’s claims or its designation of the movement as a terrorist organisation.

But purges have shown no sign of slowing, with the online editor of a leading opposition newspaper among fresh suspects including dozens of former Istanbul stock exchange traders arrested on Friday.

The three Turkish men detained in Malaysia were deported without warning overnight despite pleas from their families for authorities either to free them, allow them to leave for another country or grant them a fair trial in Malaysia.

Officials in Kuala Lumpur had released contradictory statements after claiming Mr Karaman and Mr Aslan had been arrested for offences related to national security.

He said the men had also technically become illegal immigrants because Turkey had cancelled their passports.

Amnesty International’s deputy south-east Asia director, Josef Benedict, said the trio had been “arbitrarily detained”, adding: “By sending these three men suspected of links to Fethullah Gülen back to Turkey, the Malaysian authorities have put their liberty and well-being at risk.

“They have already suffered a harrowing ordeal, being arbitrarily detained and held incommunicado.

“Now, they have been extradited to Turkey, where they could face arbitrary detention, unfair trial and a real risk of torture.”

“The Malaysian government’s duplicity and crass abuse of the rights of these three men really sets this case apart,” he added.

“Done in the middle of the night, with no notification to their families, Malaysia sent these three men to face a possible risk of torture and prolonged pre-trial detention, followed by a court trial that will likely fail to meet fair trial standards.”

The deportation of former university trustee Mr Ozcelik, who had person of concern status with the UN refugee agency in Kuala Lumpur, was a violation of international human rights, he said.

Rosli Dahlan, a lawyer representing Mr Ozcelik and Mr Karaman, said relatives were “shocked and deeply hurt” by the deportations, which came without notice.

“They continue to fear for the safety of Ismet Ozcelik and Turgay Karaman who may face the same fate as [two other Turkish men] who were illegally removed from Malaysia and subjected to rendition to Turkey, who until today are still detained in a Turkish prison without trial,” he told The Independent.

Relatives said both men had entered Malaysia legally and held valid visas, adding that they had committed no criminal offences either there or in Turkey and that there was “no basis” for allegations of terrorist links.

“They are merely academicians trying to build a life in a country they deemed safe and peaceful and would not submit to any political ploy or pressure,” a joint statement read.

Mr Karaman and Mr Aslan went missing on 2 May and were initially feared to have been abducted before police confirmed they had been detained. Two days later, academic Ismet Ozcelik was held.

He was already under the jurisdiction of the Malaysian court system over an unrelated charge of obstructing a public officer, having left Turkey after being fired from his university following July’s coup.

Mr Ozcelik was arrested in Kuala Lumpur for allegedly resisting immigration officers who attempted to take away his passport, after receiving a letter from the Turkish embassy linking Mr Ozcelik with the Gulen movement.

Wife appeals for husband’s return after ‘arrest’ in Malaysia
He had been visiting his son Suheyl, a teacher at the Time International School headed by Mr Karaman, who was among the witnesses called for his defence.

The principal was detained by plainclothes officers in an underground car park the day before the case was due to start, being bundled into a car as he made his way to attend a legal meeting.

“He is a gentleman and never hurt anyone,” Mr Karaman’s wife said in an emotional appeal.

Meanwhile in Turkey, there was fresh alarm over the arrest of Oguz Guven, the editor of pro-secular Cumhuriyet newspaper’s online edition.

Authorities also detained a writer and television commentator days after he claimed one of the adopted daughters of Turkey’s revered founding leader, Mustafa Kemal Ataturk, was in fact his mistress – sparking outrage in the country.

More than 50 employees of the Istanbul stock exchange were additionally arrested over alleged links to the Gulen movement, after prosecutors ordered the detention of 102 people including former teachers at schools that were closed after the coup.

About 145,000 civil servants, judges, prosecutors, security personnel and academics have also been suspended or sacked as part of a the purge.

Turkey has applied pressure to countries around the world that are home to institutions backed by Mr Gulen, whose movement runs about 2,000 educational establishments in around 160 countries.