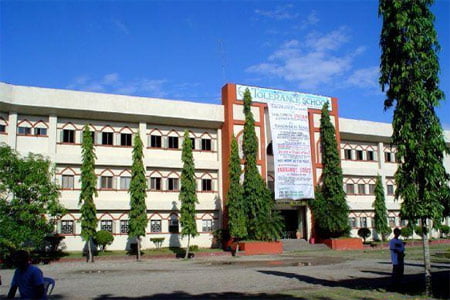 Education ministers and academics from various countries highlighted the contributions to world peace made by Turkish schools inspired by internationally respected Turkish scholar Fethullah Gülen during a conference held in New York on Monday.

The gathering, featuring attendees from across the world, was titled “The Peacebuilding Through Education International Conference” and was co-hosted by the Fountain Magazine and the New Jersey-based Peace Islands Institute (PII) at the Times Center in New York.

The conference began with a message from Fethullah Gülen, the honorary chairman of the PII, and a diverse group of international speakers and panels discussed topics including peace building through education, mobilizing civil society for peace building, principles and methodologies in peace education and peace as a shared ideal.

Delivering a speech at the conference, Tanzanian Education Minister Shukuru Jumanne Kawambwa praised contribution of Turkish schools in Tanzania — known as Feza Schools — to the country’s education. “Feza Schools are among the most successful schools in Tanzania. You see that multiculturalism, tolerance and mutual respect rule in these schools.  Students are being positively affected in this atmosphere,” he said.

Dr. Johnston McMaster, the director of the Belfast-based Education for Reconciliation program, underlined the significance of teaching democracy to students in sustaining world peace. During his speech, McMaster said Gülen is among world figures who have contributed to the improvement of democracy in the world along with Mahatma Gandhi and Nelson Mandela.

Among the other participants of the conference were Filipino Minister of Education Armin Altamirano Luistro; New Jersey Secretary of Higher Education Rochelle Hendricks; President of the Alliance for Shared Values Dr. Y. Alp Aslandoğan; Hilary Cremin, a senior lecturer at the School of Education, University of Cambridge; and David Perlmutter, the director of the School of Journalism and Mass Communication at the University of Iowa.

A photography competition titled “Peace in a Frame,” which included entries from around the world, had also been launched by the Fountain Magazine in connection with the conference.  The winning photos/photographers were selected on Sept. 15 and were displayed at the Times Center.