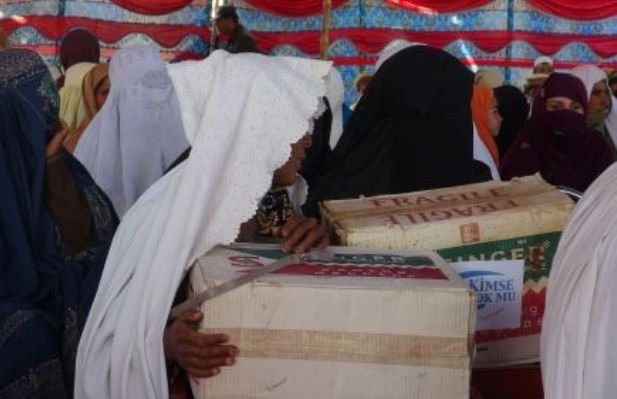 Having distributed meat donations to some 1,000 families in Punjab, Pakistan, over the past week, Kimse Yok Mu Foundation also remembered to reach out to Khyber Pakhtunkhwa riddled with security problems. The foundation gave away sewing machines to 125 women, mainly widowed. The volunteers currently provide fabric backup and thus enable the families to make their living. The foundation will also offer 3-month-long sewing training on demand.

The recipient women expressed their gratitude to Turkish donors for their help.

Additionally, a total of 50 wheelchairs were delivered to those in need in Khyber Pakhtunkhwa. The donations were well-received by the locals, putting a smile on the faces.

“We would like to thank Kimse Yok Mu. Its volunteers reached out a place even many Pakistanis wouldn’t have the courage to come. These people want the aid to continue,” said Khan.