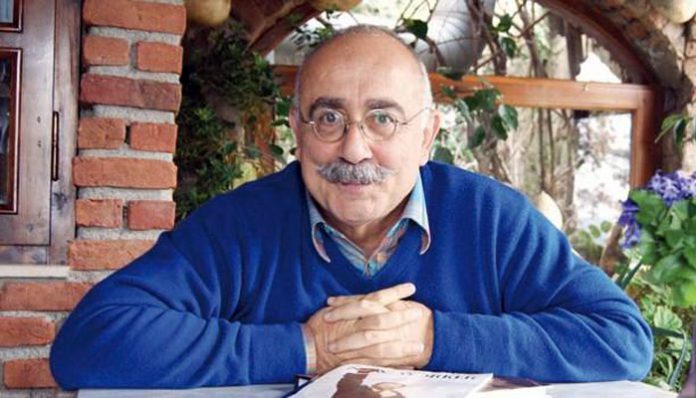 Turkish-Armenian linguist and writer Sevan Nişanyan, who escaped from a prison in İzmir in July, shared his take on a failed coup in Turkey last year, saying it was staged in order to cleanse the Turkish military of followers of US-based Turkish Islamic scholar Fethullah Gülen, who is accused by the government of being the mastermind of the coup attempt.

“1- There was a big plan against F[ethullah Gülen group] in the military. However, there was no proper legal reason for that. It was necessary to create crimes.

“2- It was announced at the Supreme Military Council that there would be a huge purge [of Gülen followers in the military]. Some of the followers of F[ethullah Gülen] got panicked.

“3- It was made to appear that the top military brass was also in favor of a coup.

“4- Some carp [soldiers] just jumped in. Perhaps some of the soldiers, who were already assigned to pretend to be in favor of the coup, encouraged other fish.

“5- A total of a few hundred people took part in this ridiculous comedy. Some of them were naive, some were opportunistic and some were assigned [to pretend to be pro-coup].

“6- Pro-government people poured into the streets after it was understood that this [coup attempt] wouldn’t have any effect [on the government].

“7- And the necessary F operation was staged [against Gülen followers],” he wrote.

Nişanyan also added that the coup attempt might have been planned in detail by groups in the Turkish military in collaboration with the government in early December 2013 or even as early as 2012.

“So, It is still undetermined what share RTE (President Recep Tayyip Erdoğan) and other power groups have in this [coup] plan. It will be understood within five to ten years. But my take is: Erdoğan agreed to take part in planning the coup attempt on condition that nothing would touch him or his family,” he said.

Jailed on nine charges including illegal construction in 2014, Nişanyan escaped from Foça Prison in Turkey’s western province of İzmir on July 14 and said he applied for political asylum in Greece on July 26. The writer was sentenced to a total of 17 years in jail.