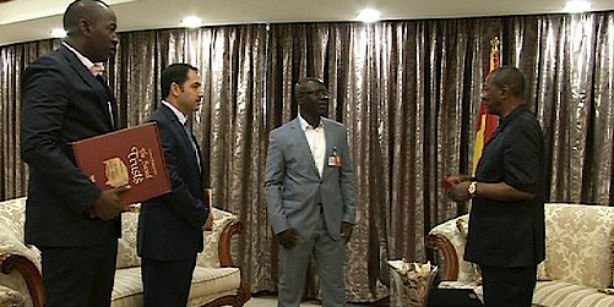 La Citadelle Colleges General Manager Veysel Camuzcu and other school officials informed Conde about the school’s activities during the meeting, which was aired live by the country’s state and private TV channels.

The Guinean president praised the school’s activities and thanked officials for their efforts, underlining that such educational activities serve as a bridge between Turkey and Guinea.

Volunteers from the Gülen movement, inspired by Turkish Islamic scholar Fethullah Gülen, run hundreds of schools in more than 160 countries across the world. The movement, which promotes education with the aim of facilitating inter-faith and inter-cultural dialogue, enjoys significant prestige in many countries around the world, and has come to be perceived as international prestige for Turkey too.