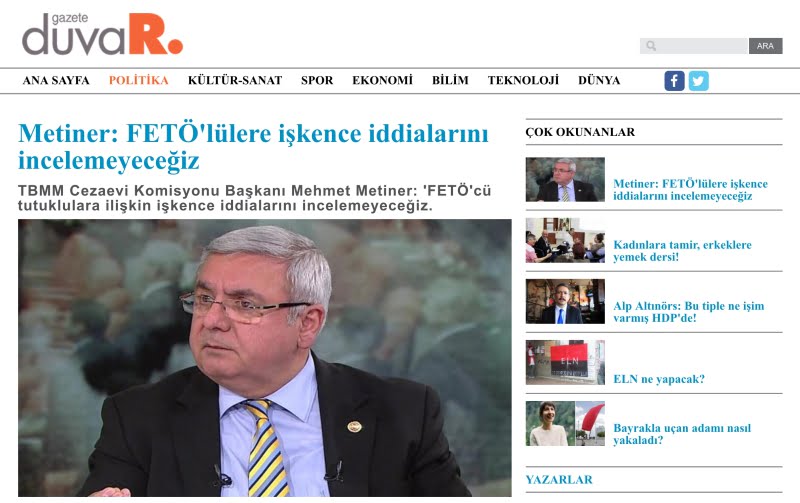 AKP deputy Mehmet Metiner, who is also head of the parliamentary prison subcommittee, said there will be no official visit to those who have been arrested on charges of membership in the Fethullah Gülen Terrorist Organization (FETÖ), a term used by the Turkish government to describe the Gülen movement.

He also said there will be no investigation into torture claims if the victims are Gülenists.

Metiner criticized the main opposition Republican People’s Party (CHP) for bringing claims of torture to Parliament’s agenda. “Nobody should attempt to make political propaganda through FETÖ terrorists. They are not victims but [are people] who make others into victims,” he was quoted as saying by Duvar, a news web portal.