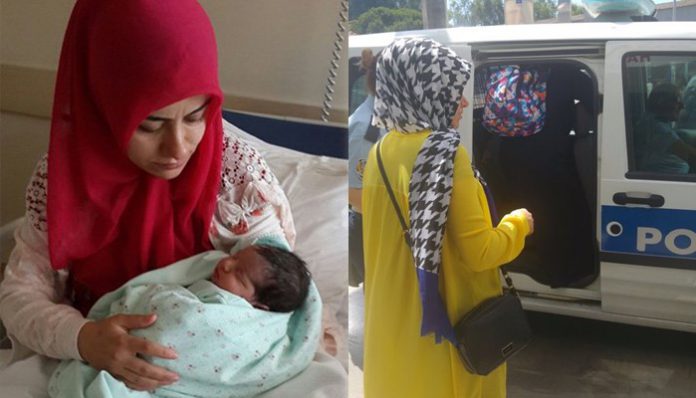 Sultan Çetintaş, who gave birth on Monday to her third child in the Turkish province of İzmir, was detained on Tuesday over alleged links to the faith-based Gülen movement.

Çetintaş was taken to the courthouse with her one-day-old baby after undergoing a C-section.

Tanrıkulu said in an another tweet later in the day that Çetintaş was released on judicial probation.

In the meantime, another victim of the witch-hunt, 22-month-old Hüma Sultan, whose mother was arrested on July 19, has to stay in prison with her mother despite a chronic fever.

Sultan’s father was arrested in December 2016.

According to a report prepared by CHP İstanbul deputy Gamze İlgezdi, since a coup attempt last year, 29 pregnant and new mothers have been arrested and more than 560 children have had to stay in prison with their mothers, unable to benefit from legal rights.

Turkey survived a military coup attempt on July 15 that killed 249 people and wounded more than a thousand others. Immediately after the putsch AKP government along with President Erdoğan pinned the blame on the Gülen movement.

Turkey has suspended or dismissed more than 150,000 judges, teachers, police and civil servants since July 15.