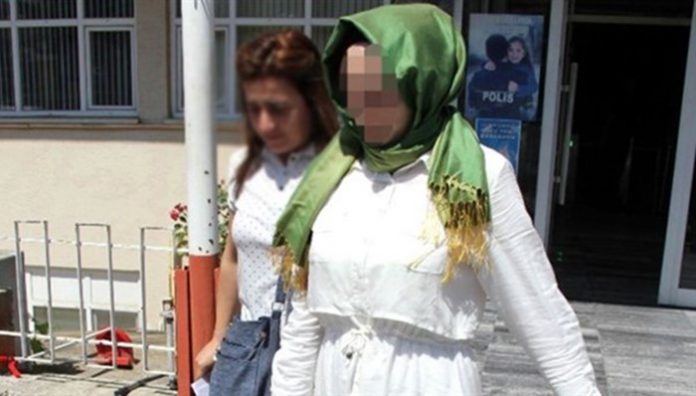 Turkish police detained a university student after finding her fingerprints on books written by Fethullah Gülen that were thrown in the garbage to avoid a witch-hunt launched by the government following a coup attempt on July 15, 2016, the Cumhuriyet daily reported on Tuesday.

According to the report, the police were informed that books written by Turkish Islamic scholar Fethullah Gülen were thrown in the garbage by unidentified people in the Belediyeevleri neighborhood of the Canik district of Samsun province. After the investigation, fingerprints on the books were matched to those of A.E.A, a 22-year-old university student.

Detained by the police, the young woman was released by a court under judicial probation.

Many people in Turkey tried to get rid of books written by Fethullah Gülen after government started to use them as evidence of membership in a terrorist organization, part of the massive witch-hunt.

Last December Neşe D. was arrested after police found her fingerprints on books by Gülen that had been thrown in a garbage can in Kars province.

In October Çanakkale 18 Mart University (ÇOMÜ) removed from its libraries a total of 3,949 books written by Gülen and his sympathizers.

Turkey’s Education Ministry said in September it would republish 58 state-distributed textbooks in order to eliminate any subliminal messages from Gülen.

The same month Turkey’s Sivas University pulled off the shelf of its libraries all copies of books written by Gülen and his alleged supporters and destroyed them in a shredder.
Also, license plates including the letters “FG” were removed from vehicles belonging to the Denizli Courthouse.

Turkey has suspended or dismissed more than 150,000 judges, teachers, police and civil servants since July 15.

Turkish Justice Minister Bekir Bozdağ said on last Friday that since a failed coup attempt last July, 50,504 people have been arrested and 168,801 are the subject of legal proceedings for their alleged involvement in the organization of the coup.