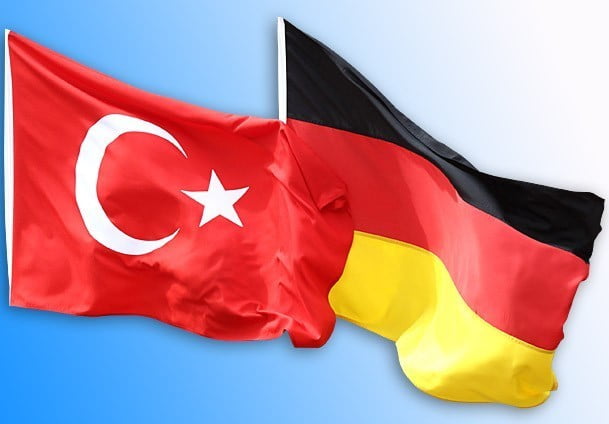 The German Federal Office for Migration and Refugees (BAMF) has issued new guidelines likely to increase the number of accepted asylum applications from Turkey as thousands of Turks flee the country. As Hurriyet Daily reports:

Around 450 Turkish diplomats, military officers, judges and other public officers have applied for asylum in Germany, according to a report by Der Spiegel. [….]

Some of those who sought asylum in the country included NATO military officers stationed in Belgium and a military attaché at the Turkish Embassy in an African country, the report said.

Overall, more than 7,700 Turkish citizens have applied for asylum in Germany, it added.

Only 8 percent of the asylum applications were approved last year, but authorities from BAMF estimate that this rate will increase in 2017.

This won’t down well with Erdogan.

Many, though not all, of the officials are suspected of having links to the Gulen movement accused of plotting the 15 July coup attempt last year. Given the lack of evidence that the Turkish government has been able to provide for the culpability of Gulen himself, it seems unlikely that the Turks would be able to provide better evidence to the Germans that these lower-level figures committed any crimes. The purge or arrest of tens of thousands of suspected Gulenists and opposition figures (notably—for its absurdity— including tens of thousands of school teachers) gives Turks with connections to Gulen or the opposition every reason to flee the country and Germany every reason to grant them asylum as victims of political persecution.

The presence of hundreds or thousands of asylees wanted by the Turkish government will be just one of many outstanding issues dividing Turkey from Germany and Europe as a whole. Germany has already said that it won’t allow Turkish residents in Germany to vote in any referendum on re-instituting the death penalty; other European countries are looking to follow suit. Germany is also home to a growing number of journalists in exile, whose writings will be no less incendiary for a Turkish government which is trying to exercise ever greater degrees of censorship at home.

Dutch police on Monday detained a 42-year-old Dutchman of Turkish descent for alleged death threats and hate speech after the failed Turkish coup in July, which has ratcheted up tension among Turks in the Netherlands. The arrested man is an Erdogan supporter and he is suspected of having threatened Gulen backers online and in person, a Dutch official said on condition of anonymity.