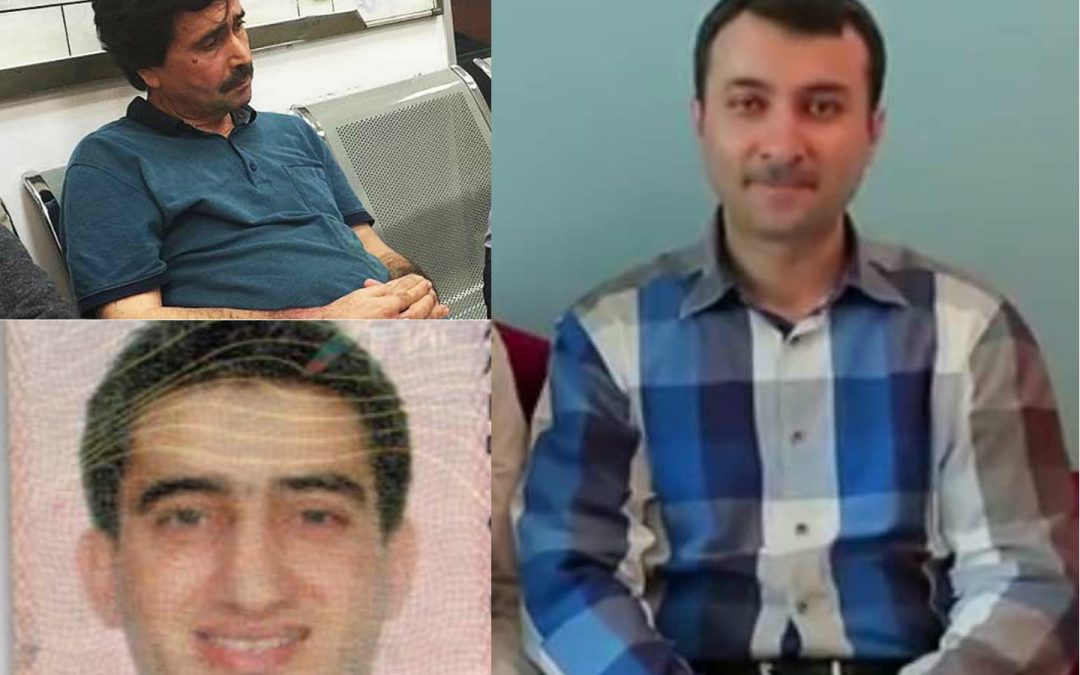 A recent video recording submitted to Turkey Purge shows that Malaysia was detaining three Turks in the country at the request of Turkish government.

Malay police detained three Turkish nationals over their alleged links to the Islamic State of Iraq and the Levant (ISIL) last week. The detainees included Turkish academic İsmet Özçelik who had been imprisoned also in mid-December 2016 and released in January 2017.

Malaysian police chief Khalid Abu Bakar told reporters in a press meeting that three Turks were arrested without any request from the Turkish government. However, a recent video filmed when Malay immigration officials in plainclothes raided the house of academic İsmet Özçelik to take him into custody on Dec. 13, 2016 shows that the request had been made by Turkish authorities.

“[Turkish] embassy kindly informs you that the Turkish passport of Mr. Özçelik who is a member of terrorist organization FETÖ was invalidated on August 22, 2016 and is no longer valid. Details… of the passport are provided below,” one of Özçelik’s friends is heard reading out the document in officials’ hand during the arrest.

Even though there was no arrest warrant issued for him, Özçelik was detained with only a request from Turkish Embassy in Malaysia, his friend repeats during the video.

Amnesty International (AI), Human Rights Watch (HRW) and UN Human Rights Office for South-East Asia have called on Malay officials to refrain from extradition as the detainees are affiliated with the Gülen movement, which the government has launched a sweeping witch hunt campaign against, accusing the group of being behind the  failed coup attempt on July 15, 2016 coup. Turkish government has asked foreign governments to go after the alleged members of the Gülen movement in their own countries.

According to the Malaysian officials, school principal Turgay Karaman, academic İsmet Özcelik and businessman İhsan Aslan were arrested and detained under the Security Offences (Special Measures) Act (SOSMA). They are being investigated under Section 130J of the Penal Code (read together with SOSMA) for allegedly soliciting, giving support to terrorist groups or for the commission of terrorist acts.

Concerns were raised for Turgay Karaman on May 2 after he failed to attend a meeting. According to his lawyer, a CCTV footage emerged online of Turgay Karaman being surrounded by unidentified men in plainclothes in a car park in Kuala Lumpur, and being driven away in an unmarked vehicle. The same night, another one of his friends, İhsan Arslan, was reported missing by his wife.

On May 4, according to their lawyer, İsmet Özcelik was in his car with friends, when they were stopped by five cars and swarmed by 20 people who seized their phones and abducted İsmet Özcelik in their car. The Home Minister later stated that they were being investigated for connections to the armed group calling themselves the Islamic State.

The three men have not been given access to lawyers or their families, and are therefore detained incommunicado, in violation of international human rights law. There are also concerns that they could be at risk of torture or other ill-treatment, unfair trial or other serious human right violations, should they be returned to Turkey, following the opaque conditions of their apprehension. The men are currently being held in the police headquarters at Bukit Aman in Kuala Lumpur.

In 2016, the Turkish government is reported to have pressured its allies to take legal action against suspected supporters of Fethullah Gülen, whom Turkish authorities accuse of masterminding a coup attempt against them. Fethullah Gülen and the movement strongly deny the accusations.

Previously, in October 2016, two other Turkish nationals were detained in Malaysia and were deported to Turkey.