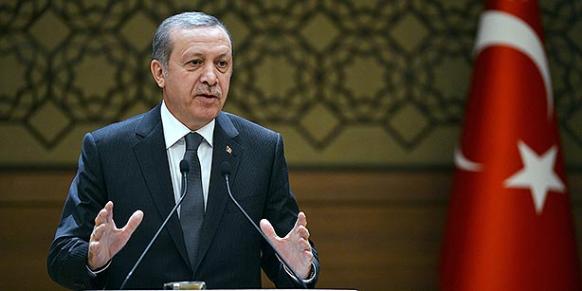 Fetih launched the compensation case with the İstanbul Commercial Court of First Instance and is seeking compensation of TL 100,000 for non-pecuniary damages and TL 20,000 for pecuniary damages over what they say is unjust competition due to Erdoğan’s remarks targeting Gülen-inspired schools. Fetih also wants the court decision to be published in Turkey’s three most-circulated dailies.

The Gülen movement, also known as the Hizmet movement, inspired by Turkish-Islamic scholar Fethullah Gülen, has been a target of Erdoğan ever since a corruption probe came to public attention on Dec. 17, 2013, implicating senior members of the government. Erdoğan, who refers to the movement as the “parallel state” or “parallel structure,” accuses the movement of being behind the corruption operation and of being a criminal network seeking to overthrow the ruling party government. The movement strongly denies the claim.

Erdoğan and the Justice and Development Party (AK Party) government have taken action to ensure the closure of schools operated by Gülen followers in many countries around the world. Gülen-inspired institutions and schools in Turkey are also under intense pressure from the government.

There have been many instances in which Erdoğan has directly and publicly targeted Gülen-inspired schools and urged parents not to send their children to these schools. Following Erdoğan’s statements, some parents have removed their children from these schools. Twenty-nine students have left Private Fatih Gaziosmanpaşa Elementary School recently and 31 students have left the Fatih Gaziosmanpaşa High School. There has also been a decline in the number of students enrolling at Gülen-inspired schools, according to Fetih’s lawyers.

Erdoğan’s statements violate Article 54 of the Turkish Commercial Code (TTK), creating conditions of unfair competition, the lawyers claim, alleging that it is legally unacceptable for Erdoğan to present these schools as being part of a criminal network. Before he was elected president last August, Erdoğan — who was prime minister at the time — pressed ahead with plans to close down university preparation courses in Turkey, many of which are run by followers of the Gülen movement, in addition to numerous schools and dormitories.

At a rally ahead of the March 30 local elections last year, then-Prime Minister Erdoğan told his supporters: “Don’t send your children to their schools. State schools are sufficient for us. … There is every [misdeed] in [those schools]. They have abused our citizens so much.” At another election rally, Erdoğan continued to attack Gülen-inspired schools and publications: “Take your children out of their university preparation courses, schools and dormitories. Never allow their publications to enter your houses. … We need to give them a lesson,” he said.