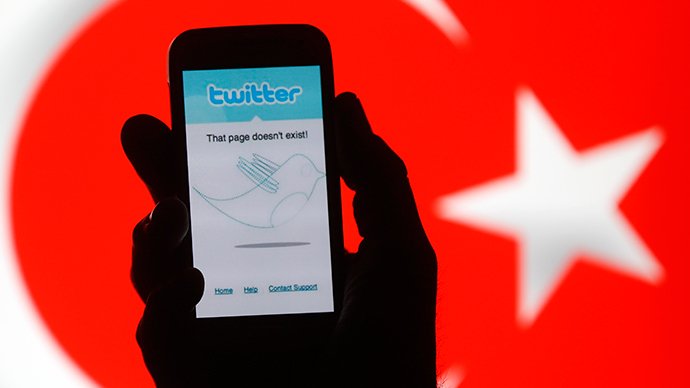 PRESIDENT RECEP Tayyip Erdogan of Turkey has announced a three-month extension of the state of emergency imposed after a failed July 15 coup attempt, giving him broad powers to rule by decree. He has launched a massive crackdown against followers of the self-exiled cleric Fethullah Gulen, whom Mr. Erdogan accuses of instigating the attempted overthrow. Mr. Gulen denies it. More than 30,000 Turkish citizens have been arrested and upward of 100,000 people accused, many without due process. On Tuesday, authorities announced that 12,800 police officers had been suspended on suspicion of being part of Mr. Gulen’s network.

Journalists have been in Mr. Erdogan’s crosshairs, and his campaign is pushing into the digital universe, too. Turkey is pressing Twitter to silence journalists, and Twitter must resist more vigorously. Twitter is a powerful force for free expression. “The tweets must flow,” the company likes to say. But they don’t always flow, as freedom of speech and democracy are in retreat around the globe. Mr. Erdogan briefly banned Twitter in 2014 to block messages about a corruption scandal. After Twitter returned, Turkish authorities submitted long lists of accounts they wanted banned, but Twitter for the most part protected journalists and did not switch them off. After the coup attempt, however, new court orders were issued and Twitter was asked to hush accounts, some belonging to journalists from the newspaper Zaman, close to the Gulen movement, that was seized in March and then shuttered. Twitter has switched off a number of the accounts — by one reckoning, several dozen.

One of them belongs to journalist Mahir Zeynalov, who was deported by Turkey in 2014 for his criticism and now writes for the Huffington Post and Al Arabiya. When a court ordered his English account shut in Turkey and Twitter did so, he and others protested, and it was unblocked. But now Mr. Zeynalov has found that, at the behest of a Turkish court, Twitter has blocked his Turkish-language account inside Turkey.

Twitter says that it follows the laws of a country when it gets a “a valid and properly scoped request from an authorized entity.” But what happens when a law is used to silence political speech? Turkey has asked Twitter to restrict accounts more often this year than any other country in the world, according to Twitter’s transparency reports; Turkey made 2,493 requests covering 14,953 accounts, and Twitter complied 23 percent of the time. Twitter ought to see that in Turkey, as in other closed societies, laws are often used to restrict freedoms rather than protect them. It should keep journalists’ accounts open and not become a tool of repression for Mr. Erdogan.