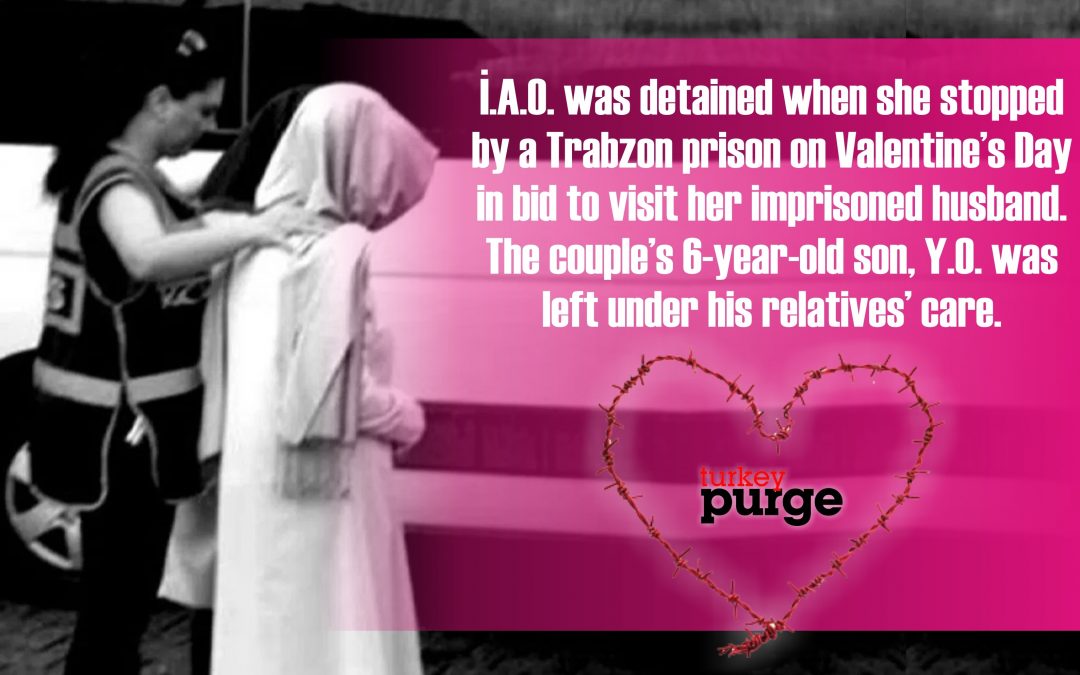 İ.A.O. was detained when she stopped by the Trabzon prison on Valentine’s Day in a bid to visit her husband H.O., who had been earlier jailed as part of the government’s post-coup witch hunt.

The couple’s 6-year-old son, Y.O. was left under his relatives’ care and İ.A.O was ultimately arrested by a court ruling.

According to Turkish media, H.O was the Zaman newspaper’s local representative in Trabzon’s Of district until the paper was closed down by the government after July 15.

It has been common occurrence that Turkish police round up suspects when they visit their relatives in prison. On Jan. 23, Ayfer Yavuz was also put in jail along with her four-and-half-month-old infant when she went to Kars prison to visit her husband.

Turkey survived a military coup attempt on July 15 that killed over 240 people and wounded more than a thousand others. Immediately after the putsch, AK Party government along with Erdoğan pinned the blame on the Gülen movement, inspired by US-based Turkish Islamic scholar Fethullah Gülen. The movement denies the accusations.

Over 128,000 have lost their jobs due to their real or alleged connection to the Gülen movement since the coup attempt while 91,650 were detained and 45,000 arrested.

Ayfer Yavuz, whose husband imprisoned as part of government witch hunt against faith-based Gülen movement following a failed coup attempt in last July, was put in jail along with her four-and-half-month-old infant when she went to Kars prison to visit her husband on Jan. 23.