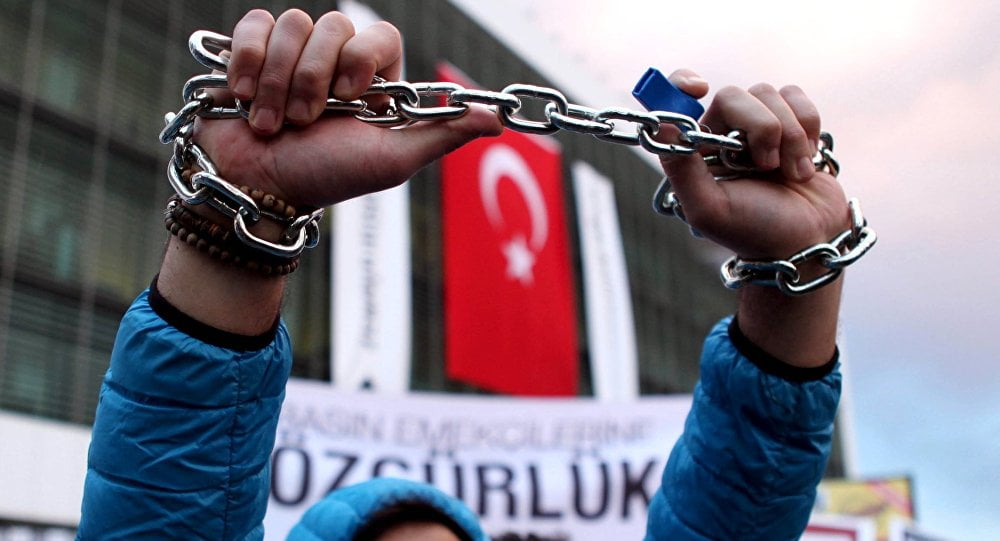 Just a few days ago during my usual rituals of flipping through the pages of newspapers, a nerve-jangling story on how Turkey was fast drifting towards a full-blown dictatorship captured my attention once again.

This time, it was the European Union’s (EU) Parliament that was raising concerns over the continued flagrant rights abuses and suppression of freedom in that important country.

Like many others, the rationale behind the Turkish government’s penchant to subject its people to dictatorial rule was a major puzzle, not until it later became clear to me that the ruling AK Party led by President Recep Tayyip Erdogan has always been possessed by an incurable craving for autocratic rule.

Erdogan, unlike some maximum rulers in Africa, may be lucky not to have any international criminal indictment hanging on his neck as a result of the brazen rights violation in Turkey, but it is time people of goodwill across the world do more to prevail on him to ensure that the good old days of democracy and freedom are returned to the great people of Turkey.

This has prompted the EU Parliament to raise alarm that Ankara’s crackdown has gone far beyond the accepted level, and therefore voted in favour of a freeze of membership talks with Turkey over its post-coup onslaught on the people.

The motion, approved by a big majority of the parliamentarians, is not only a further blow to Erdogan’s quest to take Turkey into EU but is also a major dent on his declining approval rating across the world. Relations between Turkey and the EU soured following the July 15 botched coup, which Ankara claims to have been organised by Gulen.

Over 240 people were killed and more than 2,100 others injured in the violence, which the highly respected Gulen has strongly condemned and denied any involvement in.

Tens of thousands of people, including military personnel, judges, teachers, rights activists, journalists, among others, have been suspended, dismissed or detained as part of the post-coup crackdown, thereby elongating Turkey’s line to join the EU. Turkey has been on the winding queue to join EU for decades.

It formally applied to become an EU member in 1987 and accession talks only began in 2005, even though Ankara’s aspirations to become part of the bloc dates back to the 1960s.

But the EU parliamentarians did not mince words when they said “ we strongly condemns the disproportionate repressive measures taken in Turkey since the failed military coup attempt”.

Foreign ministers from the European Union have also criticized Turkey over the large-scale crackdown in the aftermath of the failed mid-July coup and warned against the possible restoration of the death penalty .

Turkey annulled capital punishment in 2004 under reforms aimed at joining the EU. “Everybody understands that if it goes on like this, Turkey will not become a member of the EU.

The death penalty is the absolute red line for the EU,” Finnish Foreign Minister Timo Soini, had said. As a close observer of international politics, I had hoped that Erdogan and his cotravelers in the ruling AK party would listen to the EU and other international bodies that are calling for respect of the rights and freedom of the Turkish people.

The Turkish government appears defiant as the crackdown on opposition and perceived enemies, especially individuals with suspected link to Gulen, seem to now be an acceptable norm in that country.

What would one say about the recent arrest of Turkey’s secularist Cumhuriyet newspaper’s Editor-in-Chief, Murat Sabuncu and columnist Guray Oz, who were detained after police stormed their residence in an early morning raid recently? How about the scores of schools, charity organisation, media houses shut down by the Turkish government and the massive sack of judges, civil servants, academics, among others without adherence to the basic tenets of rule of law and fair hearing?

Erdogan, unlike some maximum rulers in Africa, may be lucky not to have any international criminal indictment hanging on his neck as a result of the brazen rights violation in Turkey, but it is time people of goodwill across the world do more to prevail on him to ensure that the good old days of democracy and freedom are returned to the great people of Turkey.

• Sadiq Umar, an International Affairs commentator, wrote in from Kaduna.