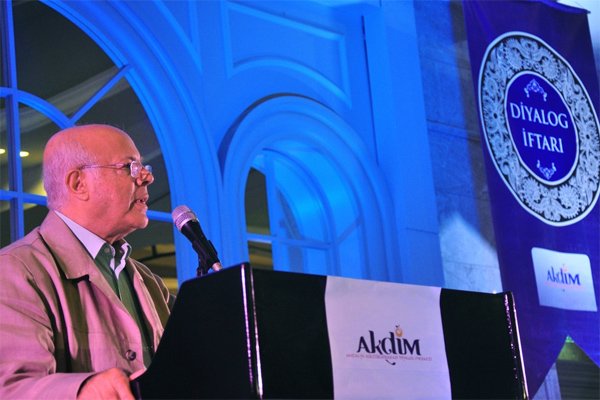 As the inclusiveness of Ramadan is felt throughout the country, an iftar in Belek, Antalya brought together people from all walks life. The iftar was organized by the Antalya Intercultural Dialogue Center (AKDIM).

Differences came together at this iftar where speakers mostly touched upon love, brotherhood and tolerance, which are the values needed mostly these days.

Cem Foundation president, Alevite community leader Prof. İzzettin Doğan made an inspiring speech. He said that humanity does not know enough about Islam; Ramadan provides opportunity to get to know more about it. He further said Islam has the values that will protect Muslims as well as humanity. He also underlined the importance of bringing under the same roof people together that have differing opinions. He further remarked, “God loves those who love Him. What it means is that pleasure of God is earned by loving people. We are members of a religion who believe in love, togetherness and tawhid (oneness of God); administration models that divide Muslims into fractions such as Alevite and Sunni must not be harbored anymore in Muslim countries as these kinds of policies creates animosity between such groups.”

Metropolitan mayor Prof. Mustafa Akaydin expressed his happiness as the main theme of the speeches was “dialogue and tolerance.” He thanked AKDIM for the dinner and hoped that this program would be an example for other segments of the society.

Former Defence Minister Vecdi Gönül was in attendance. He pointed to the harrowing events in Muslim countries. He said, “We believe in the same prophets, holy books and these holy books have similar contents. Ten commandments were revealed to Moses but we [Muslims] too honor them. So, we must understand each other more.”

Governor Sebahattin Öztürk stressed that Turkey needs unity, peace and brotherhood more than ever. He said he salutes each and every activity that will help settle these ideals. 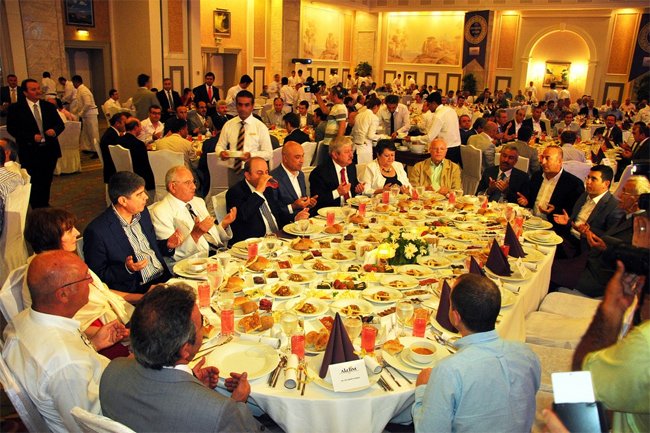 Menekse Tokyay for Southeast European Times As Turkey’s EU bid has stalled, a group of prominent scholars agree that negotiations can only proceed if Turkey advances democracy, drafts a new civilian constitution and resolves of the Kurdish issue. The Abant Platform has long been a progressive force in Turkey, bringing together intellectuals to debate and […]