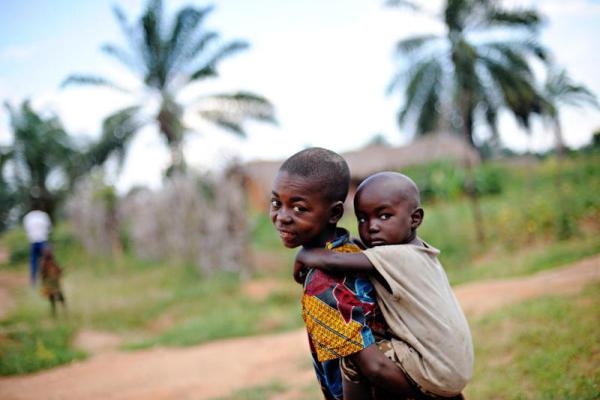 In a sign of Turkey’s strengthened ties with Africa, a group of Turkish women composed of artists, doctors and business leaders is building an orphanage in the southern African nation of Burundi.

The project is headed by Esra Kavurmaci, president of the Istanbul-based World Businesswomen’s Association, and gynaecologist Berra Onsoy Gidemez. It is also supported by the charity group Kimse Yok Mu (Is Anybody There).

Thousands of Burundians were killed in a civil war between 1993 and 2005. It is estimated that there are 800,000 orphans in the country of 9 million. In addition to shelter, the new orphanage will provide education to children whose schooling was disrupted by the war. Its foundation was laid on January 12th in the Burundian capital of Bujumbura.

“In addition to cultural exchanges, both commercial and socio-political links with the country are of great importance for Turkey to deepen its soft power in Burundi,” Kavurmaci told SES Türkiye. “The construction of the orphanage will be finalised within six months.”

The project comes as Turkey has increased business and political ties with Africa in recent years. Turkey currently operates 35 embassies in Africa, an increase from 12 in 2005. Prime Minister Recep Tayyip Erdogan has expressed interest in increasing Turkey-Africa trade volume to $50 billion by 2015. It stood at $23 billion in 2012, an increase from $9 billion in 2005, according to the Turkish foreign ministry. Ankara has also donated hundreds of millions of dollars to African countries.

Bahar Senem Cevik, a researcher of political issues based at Ankara University, said NGO projects in countries that are relatively unknown to the public strengthen Turkey’s image and foreign policy.

“NGOs are helping underdeveloped countries in sustaining their society through educational exchanges and courses in crafts, agriculture and stockbreeding. Such efforts are likely to translate into a long-term relationship building with the region that excels in trust and credibility. Unlike humanitarian assistance, development and education assistance leaves a stronger mark in the society,” she said.

Cevik added that the involvement of women in building an orphanage sends a positive message.

“It is not only the Turkish state institutions such as TIKA [Turkish International Co-operation and Development Agency] that are involved in development aid but more importantly Turkish civilians, men and women of all paths, who are keen in extending a helping hand to those in need. Turkish women’s motivation to take over such a task in Burundi also demonstrates how they are an essential part of civic engagement,” she said.

Turkey has no diplomatic representation in Burundi, so the Turkish embassy in the Ugandan capital of Kampala is responsible for Turkey-Burundi relations. In a press statement, the embassy said it is strengthening ties with aid.

“Our country prioritises the development of our brotherly African countries on the basis of partnership and mutual benefits, as well as the improvement of our assistance in political, economic, commercial areas as well as humanitarian aid and reconstruction works,” the statement said.

Turkey provided Burundian authorities with furniture worth $74,000 for another orphanage last year. That orphanage was opened recently. Turkey has also helped renovate many schools in the country.

Since 2009, Turkey has provided dozens of scholarships for Burundians to pursue graduate, post-graduate and doctoral degrees. Burundian diplomats since 2012 have participated in the Turkish foreign ministry’s young diplomats training programme, according to the statement.

Gidemez said she is happy to contribute her medical expertise to the cause.

“It was the best trip I’ve ever had, although it was very tiring. My life was changed after this trip,” she told SES Türkiye.