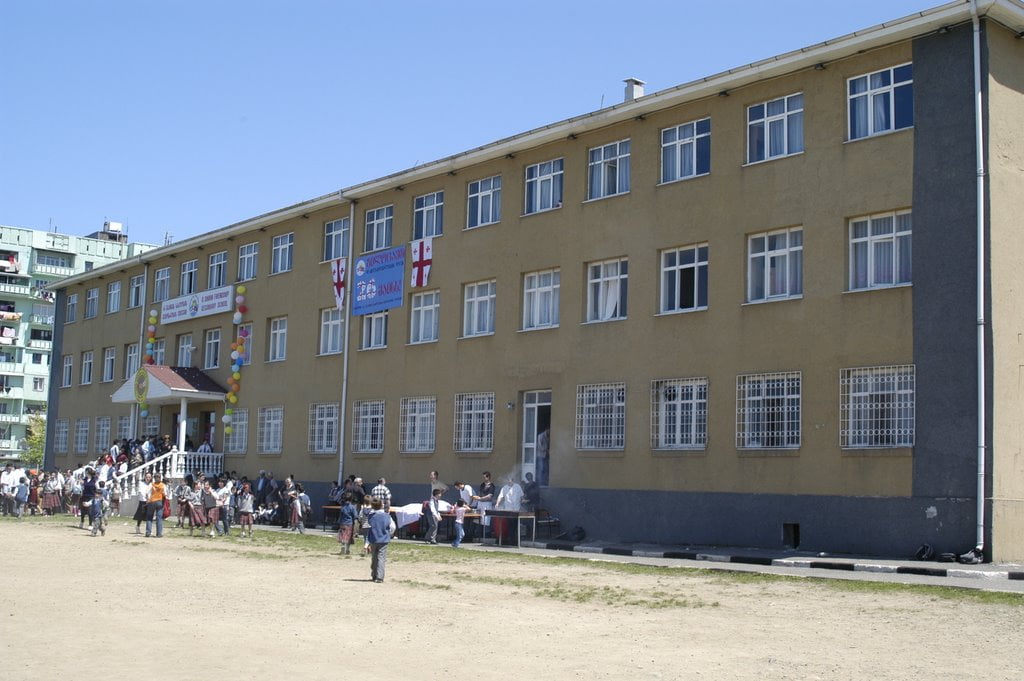 As the whole nation celebrated the visa liberalization nod from Brussels on February 3, a rather peculiar, conveniently-timed nay slipped under most people’s radar.

The R. Shahin Friendship School in Batumi, among the most in-demand schools in the whole country, was denied authorization (meaning suspension if the decision is enforced) by the General Educational Authorization Council of Georgia of the National Center for Educational Quality Enhancement.

The decision is being questioned and protested by most parents and school authorities, and allegations are ripe that it was politically motivated.

Fingers are pointed at Turkey, as President Erdogan’s government, which barely survived a coup attempt, is increasing political pressure on the countries where his arch-rival, Fethullah Gulen, still maintains a foothold. Georgia is an eligible candidate as such a country, as it hosts several educational facilities with alleged links to Gulen’s Hizmet movement and their educational network called Çaglar.

The R. Shahin Friendship School in Batumi, among the most in-demand schools in the whole country, was denied authorization (meaning suspension if the decision is enforced) by the General Educational Authorization Council of Georgia. Fingers are pointed at Turkey’s Erdogan as he is increasing political pressure on the countries where his arch-rival, Fethullah Gulen, still maintains a foothold.

The Shahin Friendship School is undoubtedly perceived as one such facility by Turkish leadership, well demonstrated by the outright hostile statement by the Turkish consul in Batumi, two days after the attempted coup, calling for the Georgian government to close down facilities “belonging to Gulen’s educational network”, where, as he claimed, children are being raised as terrorists.

The Turkish Embassy’s diplomatic attempt to defuse the situation by claiming that it was a journalistic misunderstanding did little to alleviate the apparent confusion, as the journalist in question released the original version of the recording. Shortly after, Prime Minister Kvirikashvili paid Ankara and the Turkish President an official visit, with general consensus among experts and opinion-makers alike that “revision” of Gulen-linked facilities would be a major talking point between the two sides.

With Georgia being a sovereign country, an incident of perceived foreign pressure (albeit nothing new) is an alarming development, especially considering that as recently as September 2015, the very same National Center for Educational Quality Enhancement found no fault on their monitoring mission to the Shahin Friendship School and had no qualms about granting it authorization, a status which, as GEORGIA TODAY has come to know from third sources, is now subject to dispute due to its “inherent illegality and lack of necessary documentation.”

However, far more pressing is another question – Is the Shahin Friendship School, as the Turkish government seems to think, a breeding ground for terrorism, or, for that matter, “a tool for Turkization” (another allegation hurled at the school by those trying to justify its suspension)?

With Georgia being a sovereign country, an incident of perceived foreign pressure (albeit nothing new) is an alarming development, especially considering that as recently as September 2015, the very same National Center for Educational Quality Enhancement found no fault on their monitoring mission to the Shahin Friendship School and had no qualms about granting it authorization.

If the overwhelming majority of parents and school officials are to be believed, it is neither. The teaching program in the school is in full compliance with Georgia’s national education program, while 95 percent of the school’s pupils are Georgian, and Turkish isn’t even a mandatory language, while Western languages such as English, German and French are taught at higher intensity.

“My children go that school and my wife is a certified teacher,” one parent told GEORGIA TODAY. “She teaches TOEFL courses there; it’s one of the very few schools in Georgia that offers such advanced teaching. For eight years, we haven’t heard a single complaint registered by a parent. Unlike most schools, private or public, this one actually guarantees both safety and a good education, and closing it down is going to bring only harm.”

And that raising terrorists issue? Well, so far, there are none. Oh, wait – The private Demirel College, also linked to the Çaglar network and which experienced authorization struggles of its own last summer, has, among others, one notable alumni: Georgia’s biggest export to NBA and world basketball in general – Zaza Pachulia. So far, he hasn’t exhibited any large-scale violent behavior (that is, apart from on the court where he frequently scares the living hell out of his opponents) or any signs of being “Turkicized”. Go figure.

Education, Culture and Sports Minister of Adjara, Inga Shamilishvili has already said that the students of Shahin School will be transferred to other educational institutions.

“We will wait for the final decision of the General Educational Authorization Council of Georgia and after this will discuss the issue with the Education Ministry of Georgia,” he said.

Georgia’s Public Defender, Ucha Nanuashvili, also commented on the issue, saying the decision of the National Center for Educational Quality Enhancement should be well-grounded before action is taken.

“Developments in our neighboring country should not affect Georgian educational institutions,” Nanuashvili added.

While NGO Tolerance and Diversity Institute has its eyes and ears on the case, the protesting parents wait for the final verdict. The school administration has already voiced its intention to take the case to court if the decision remains enforced. They have also issued an open letter (See page 8).

As for Georgia’s Ministry of Education, at present it seems far too occupied tackling the challenges posed by fairytale heroes to comment on the above controversial decisions.

R. Shahin was the former Minister of Agriculture of Turkey, of Georgian ancestry.