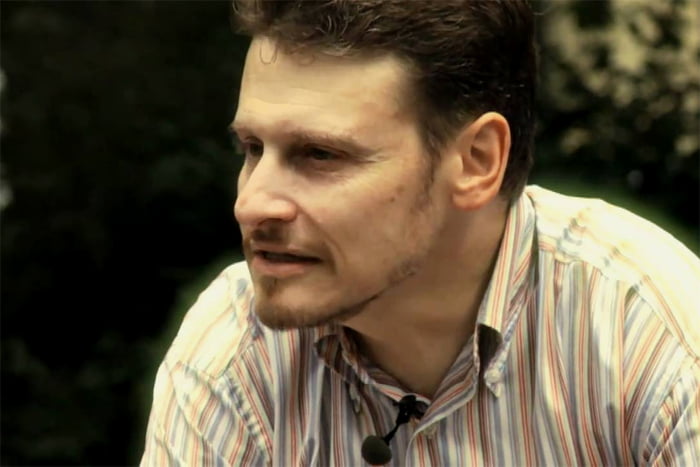 Associate Professor of Islam and Director of Catholic-Muslim Studies Program at Catholic Theological Union in Chicago, Scott C. Alexander recently delivered a lecture entitled “A Global Movement for Spiritual Transformation and Societal Peace”, at an event organized by Mersin’s Foundation of Intercultural Dialogue Center (MEKADIM). Referring to Hizmet as “a social movement for peace”, which means, as Alexander further underscored, a movement of those who not only fulfill their responsibilities to themselves or to those in their circle but set out to extend a hand to “others” as well so that they can benefit prosperity, spirituality and transformation.

Hizmet combines tradition and values of the contemporary human

Noting that Hizmet’s participants have a vision and grand ideal of life, “They have a motivation and ambition in the path to God’s pleasure, which are inspired based on the Honorable Gulen’s teachings.” “One of the leading aspects of Hizmet is that it preaches by example. I personally had the opportunity to meet the Honorable Fethullah Gulen. But I can tell you that I had previously met him actually. I had been to a great many places around the world. I had the opportunity to meet Hizmet participants not only in the US but in a vast area ranging from Europe, Turkey, South Africa, Taiwan and Australia. I myself have witnessed in those people how they exercise and model Gulen’s values in their lives,” Alexander said.

Modesty as the common attribute among Hizmet people

Based on his observations, Alexander reflected that modesty, humility, devotion, and doing service for others, preferring others over oneself, commitment to family and instilling family values are the common attributes among Hizmet participants. “If reason does not function in sync with compassion and affection, it can lead to tyranny and despotism,” the professor further noted.

Speaking of the upcoming Eid al-Adha, Alexander “To me, Eid al-Adha is sacrificing one’s life to others’ like Hizmet participants are modeling. Through this devotion and dialogue, those people who have sacrificed themselves to others are shaping and transforming the world. By donating sacrifice animals, you are extending your hands not only to those in your community but others around the globe as well. I have witnessed Eid al-Adha activities in various places. I keep you in my prayers all the time for what you’ve been doing.”

Gulen is a self-sacrificing personality

In response to the question “What struck you most about Fethullah Gulen when you met with him?” Alexander said, “He is a man with no ego at all. He is modest. You can feel his proximity to God as you spend some time and converse with him. His life is all about sacrificing. Apparently, he has devoted and sacrificed himself to others. He himself is presenting a role model in the best way for each and every one of us to see we can do the same. Through his love for God, he is leading us along the way to become a man or woman of love. So, when I think of the Honorable Gulen, what come to my mind are modesty, love for humanity and love for God.”