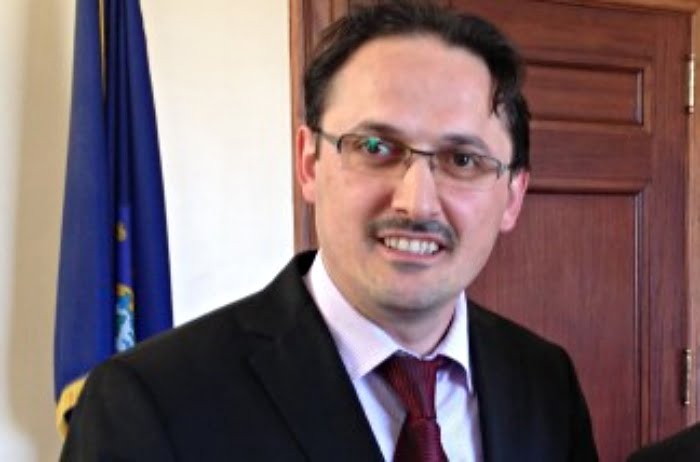 MANCHESTER — An official with the Turkish Cultural Center New Hampshire is condemning the shooting death of the Russian ambassador to Turkey, who was shot in the back and killed as he gave a speech at an Ankara art gallery on Monday by an off-duty police officer.

Reuters reported Monday that the Russian Foreign Ministry had confirmed the death of envoy Andrei Karlov, calling it a “terrorist act”. Relations between Moscow and Ankara have been strained, with both supporting opposing sides in the war in Syria.

“We are shocked and deeply saddened to learn of the tragic assassination of Russia’s Ambassador to Turkey, Andrei Karlov, who was speaking at an art gallery in Ankara,” said Eyup Sener, chairman of the Turkish Cultural Center New Hampshire (TCCNH). “We condemn in the strongest terms this heinous act of terror. No terrorist act can be justified, regardless of its perpetrators and their stated purposes. We send our deepest condolences to Ambassador Karlov’s family and to the Russian people for this tragic loss.”

The U.S. State Department, involved recently in diplomatic efforts with Russia in an attempt to resolve the refugee crisis around the Syrian city of Aleppo, condemned the attack.

Tensions have risen recently, as Russian-backed Syrian forces battled for control of the eastern part of Aleppo, sparking a flow of refugees from the city.

A video showed the attacker shouting, “Don’t forget Aleppo, don’t forget Syria!” and “Allahu Akbar (God is Greatest)” as screams can be heard around him.

“We regard this as a terrorist act,” said Russian Foreign Ministry spokesman Maria Zakharova in a statement to Reuters. “Terrorism will not win and we will fight against it decisively.”

Sener said he and others at the Center were “shocked” when they learned of the shooting.

“Especially after watching the moment Ambassador Karlov was shot, I can not describe our feelings,” said Sener. “We are fed up with having these kind of acts in our country. Unfortunately, Turkey is getting worse in terms of basic human rights, freedoms. The country (is) polarized and people can’t tolerate each other while the hatred all spread(s) from officials’ mouth.”

Sener said this is only the most recent in a series of terrorist acts.

“Just these past weeks there had been two bombings,” said Sener. “While the government can’t protect her citizens against terrorism, today we also witnessed another tragedy under Turkish government’s responsibility. It is the expectation of the Turkish people and the world that the government investigate the circumstances of this incident, identify those who aided the perpetrator and take the necessary precautions so that such an attack cannot be staged in the future.”

Sener said members of the Turkish community in New Hampshire are not worried about potential acts of retaliation following the ambassador’s shooting death.

“We don’t have that fear since we live in a peaceful community here in the U.S., but nobody knows about abroad,” said Sener.