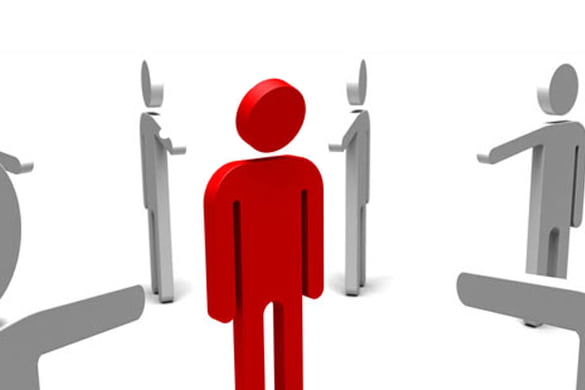 No matter how many times I say, “Nothing worse or more unbelievable could happen,” Turkey never stops surprising me. Of course, as many agree, the unpredictable nature of things in Turkey makes this country a gold mine for journalists and researchers, but it’s exhausting at the same time.

On Tuesday, the Journalists and Writers Foundation’s (GYV) statement responding to accusations (if not gossip) about the Hizmet movement, which is inspired by Muslim scholar Fethullah Gülen, dominated the agenda. The clear statement is a must-read for those who are curious about the recent disagreements between the movement and the Justice and Development Party (AK Party). The most striking part for me was the GYV’s complaint about efforts to exclude people who are assumed to have ties to the movement from government positions. The statement compared this to policies during the postmodern coup era in 1997.

Indeed, just last week a columnist in a pro-government daily argued that officials in certain government institutions have been expelled over their alleged ties to the Hizmet movement. This is no different from a witch hunt. Even worse, such a hunt has to be based on assumptions since members of the Hizmet movement hardly carry cards. In a civilized society, expelling qualified professionals because of their sympathy for a religious and social movement can only be described as discrimination. It is ironic that those who seem to be carrying out this witch hunt are the very people who were victims of a similar practice in the recent past.

Indeed, the modern Turkish nation-state has been notorious for its exclusionary practices. Everyone acknowledges the sufferings of the Kurds today, but Kurds have been systematically treated as the stepchildren of this country.

Kurds were not the only “threats” to the newly established nation-state in a truly multinational society. Non-Muslims, for so long, have been discriminated against. It turned out just last week that the state has a census record system in which non-Muslim citizens of Turkey are identified by a numeric code. In other words, in official correspondence, an official can find out a citizen’s origins just by looking at the codes. Thanks to intolerant practices sanctioned by the official ideology, today there are only around 1,500-2,000 Greeks, 60,000 Armenians and about 20,000 Jews left in Turkey. Since the history courses fail to teach Turkey’s past diversity in schools, it is surprising to a young Muslim Turk to learn that these lands used to be much more cosmopolitan than they are now.

And you would be wrong to assume that the state has been fair to the majority of its people, the Muslim Turks. As long as they remained in the framework of religiosity determined by the state, all was fine. However, the minute they went beyond the state’s tolerated limits of piousness, they also became targets. Up until the very recent past, visible religiosity was a reason to be excluded by the state in Turkey.

The only exception to the rule might have been the guardians of the Kemalist state. As the founding party of the state, the CHP was by definition among them. However, allegations came to light this week that some CHP members are on an intelligence agency blacklist. The details of the accusations are as yet unknown, but proof would go a long way toward showing that nobody is immune from some sort of classification in this country.

Turkey has been and apparently still is an “exclusion state.” In this society, it seems that despite all the efforts toward democratization that have fostered hope in the last decade, getting labeled isn’t a matter of if, but when.

Old habits die hard. Apparently, we still have to wait to get rid of the reflexes of the official ideology.