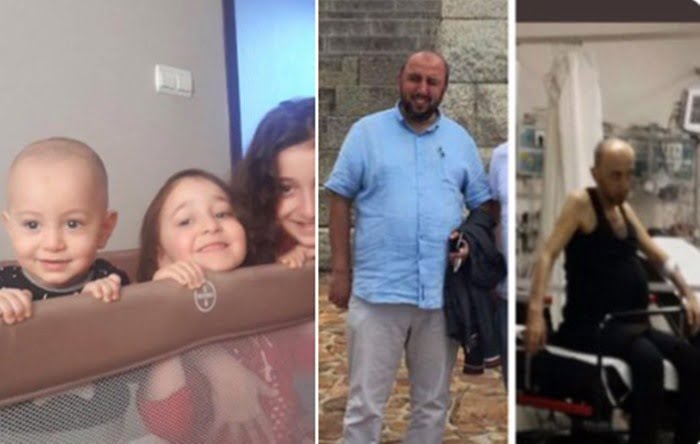 Engin Erol, 41, a Turkish businessman who was jailed three years ago on allegations of membership in the Gülen group, died on Thursday evening in a hospital from cancer, which was not treated properly in the prison where he was held until the last stage of his illness, the Bold Medya news website reported.

Erol was released on Dec. 10, when the state of his health became dire, and was admitted to a hospital in Samsun province.

Despite being diagnosed with cancer, he was not allowed to see a doctor for some three months, the report indicated, adding that he had submitted at least 20 petitions to the court for release due to his deteriorating health.

In one instance, the court had ruled to release him due to to health concerns; however, a prosecutor’s appeal caused a reversal of the court’s decision.

“[Officials] are killing our friends, please pray for them. At least two people are in the same situation [as me],” Erol told his family after he was released and admitted to the hospital.

Turkey accuses the Gülen movement of orchestrating a 2016 coup attempt, although it strongly denies any involvement.

Since the failed coup more than 260,000 people have been detained in a large-scale crackdown targeting followers of the movement, and some 90,000 of them have been arrested in a country with a prison population of slightly over 285,000.

Nearly 30,000 people are behind bars on accusations of membership in the Gülen movement. Erol is among dozens who have died in prison due to neglect after falling victim to serious illnesses in the last three years.