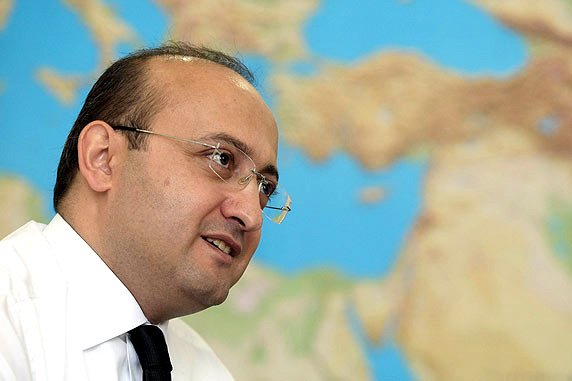 In an interview with Özlem Akarsu Çelik for the Turkish newspaper Akşam, Prime Minister Erdoğan’s Chief Advisor, Associate Professor Yalçın Akdoğan talked about  the Gülen Movement. Akdoğan answered Çelik’s questions about the Gulen Movement’s role in the democratic initiative taken against the conflict in south eastern Turkey. He also expressed his views on the movement’s position in the current political arena of Turkey .

-There has been a tension between the Gülen Movement, who established a Kurdish television, and the PKK, why?

PKK is a terrorist organization, which does not tolerate diversity and different ideas. They are barbarian and cruel even amongst themselves, and also brutal to the Kurds who do not support them. It is not too much surprising to see that the Gülen Movement is targeted by this organization, which burns businessmen’s machines, collects extortion from storekeepers, murders imams, bomb buildings of political parties and threaten local media and civil organizations.

At this point it is very critical to provide security in the region. People who are against the government’s safety cautions are actually helping PKK’s persecutions. The fact that the Gülen Movement embraces people would not damage Turkey’s unity; on the contrary it would strengthen the brotherhood of the people.

“The claim that they are becoming political is an unfair judgement”

-Don’t you think Fethullah Gülen, who openly shows support to the Ak Party administration, is acting like a political figure? Are the people who form what you call a “civic movement” becoming political?

I believe that these people support not the Ak Party but the right steps and projects. The fact that the members of the movement personally like the Ak Party and feel a kind of emotional connection is one thing, but support as a whole movement shows just that they support the democratic steps the government is taking. The Gülen movement is a socio-cultural organization. What has made it get so big is the fact that they remain non-political and are able to establish bonds of love with diverse groups of people. The claim that they’re becoming political is an unfair judgement. Indeed they deny these allegations too, and say that it is against the movement’s core purpose of existence.

-Hüseyin Gülerce from Zaman newspaper said that Fethullah Gülen would like to return to Turkey. What would happen if Gülen returned?

-Is there anything preventing him from coming?

There is no law preventing him. He can come anytime he wants. It is his choice. I don’t think anybody has the right to tell him to come or not to come.

NOTE: This is a translation by IDC of the questions and answers related to the Gülen Movement. The original interview was published in Turkish on October 17, 2010 by Akşam: http://www.aksam.com.tr/2010/10/17/haber/guncel/16818/ocalan_bile_kck_yi_elestirdi.html