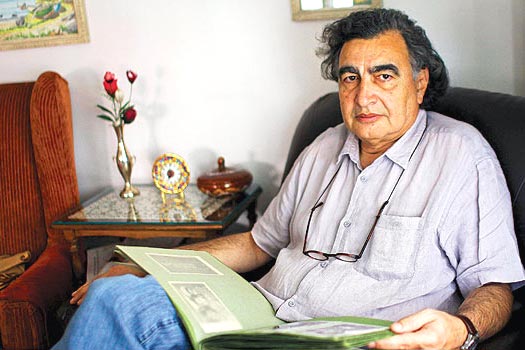 Last week in this column I wrote that large masses whose common denominator is to adopt Fethullah Gülen’s spiritual leadership cannot be referred to as a ‘cemaat’ or religious community or brotherhood. I made this claim because the Gülen Movement’s (aka Hizmet movement) pluralism in quantity and diversity in quality means that it must now be defined as a ‘camia’ or a social community.

Generating differences is natural, and such is the case in every intensifying body. To cut a long story short, with the exception of loyalty to the charismatic figure who has been compelled to live in the US against his will, participants in this movement do not act in a monolithic manner. Nor are they part of any centrally organized hierarchy.

Despite the reality that this phenomenon of transition from a religious brotherhood to a community has most definitely occurred—a process of expansion and diversification—the ‘other’s’ perception of the Gülen Movement has not changed. By ‘other’ I refer to those large masses who are essentially from secular, urban, and Alevite circles, and who are allergic to the word ‘tariqat,’ or spiritual order, because of earlier conditioning.

It is a fact that these circles consider the community in question to be a ‘monster’—a monster who is all-powerful and able to do anything it wants. Imagine a ‘monster’ (which is a combination of) associations from other cultures: a monster organized in a Bolshevik central discipline, raised in a Catholic Jesuit elitism, equipped with a Protestant Calvinist mission, and kneaded in the secrecy of the Catholic Opus Dei or a secular Freemasonry. And whoever looks cross-eyed at this ‘monster’ or places an obstacle in its path is doomed to be immediately sent to Silivri Prison!

NO! The Fethullah Gülen community does not fit in that paranoia! Neither my observations over the last two decades, nor the messages released by the spiritual leader in Pennsylvania contain evidence to verify claims and accusations that this movement is a ‘stealthy monster’ or a ‘genie out of its bottle.’

As a matter of fact, the pioneers who have been generating these claims and accusations from time immemorial are well-known. The flames of this paranoia are being fanned by rigid and classic ‘secularists’ who have not taken the trouble to analyze the nature of religion-civil relationship in Muslim societies. Nor have they sought to understand the movement by analyzing Bediuzzaman Said Nursi, who is positioned in the movement’s origins.

On the contrary, the Gülen Movement is far from being a ‘monster.’ It has no counterpart in the Islamic world, it is unique to Turkey, and it shines brightly in the Islamic world. Its bright light shines from both its humanistic rhetoric that it has conveyed from the very beginning and its values that mesh well with a secular way of living despite its religious outlook.

Having said that, this does not mean that this community collectively, its varying formations, or its individual members are immune from criticism, and it can never mean as such! From my perspective, for instance, I am very much discomforted by its male-dominance and lack of women—for which one is hard-pressed to find any reasonable explanation—and its general and standard monotony revealed in their suits and the way they all wear mustaches, or even the low aesthetic taste or kitsch one can observe from the TV studios to the design of school buildings.

What is more important and fatal is the movement’s inability to provide a satisfactory answer for claims and accusations with respect to a ‘lack of transparency.’ This inability provides a fertile ground for the ‘monster’ fantasy of the above-mentioned circles. To put in a rather modern fashion, the Fethullah Gülen Movement is suffering from an ‘image problem.’

Gülen himself said recently as reported by Huseyin Gulerce (1) that ‘we should take a look at ourselves,’ as to why there is such a perception, thus imparting a lesson of wisdom and responsibility and implying a need for self-questioning and criticism within the camia. In other words, he reminded his followers once again of the principles and rules of the ‘path’ for the participants in the Movement who gather around the spiritual common denominator of his name, but who potentially carry the risk of diverting into different routes because of their ‘community’ (camia) qualities.

I am faithful that this reminder will be wholeheartedly welcomed by the Gülen camia.

Source: Hurriyet. Original article is in Turkish. English translation is retrieved from fgulen.com.

(1) Click to read Huseyin Gulerce’s related article: We’ll kiss the hands of those who tell us our shortcomings

The most effective and profound actor in this acquaintance process, on the other hand, has been without a doubt the Hizmet Movement inspired by the Honorable Fethullah Gulen’s teachings. I can list the movement’s initiatives in Brazil as follows: Its affiliated school “Colegio Belo Futuro Internacional” has been offering Portuguese-English bilingual education in the country since its establishment in 2007.