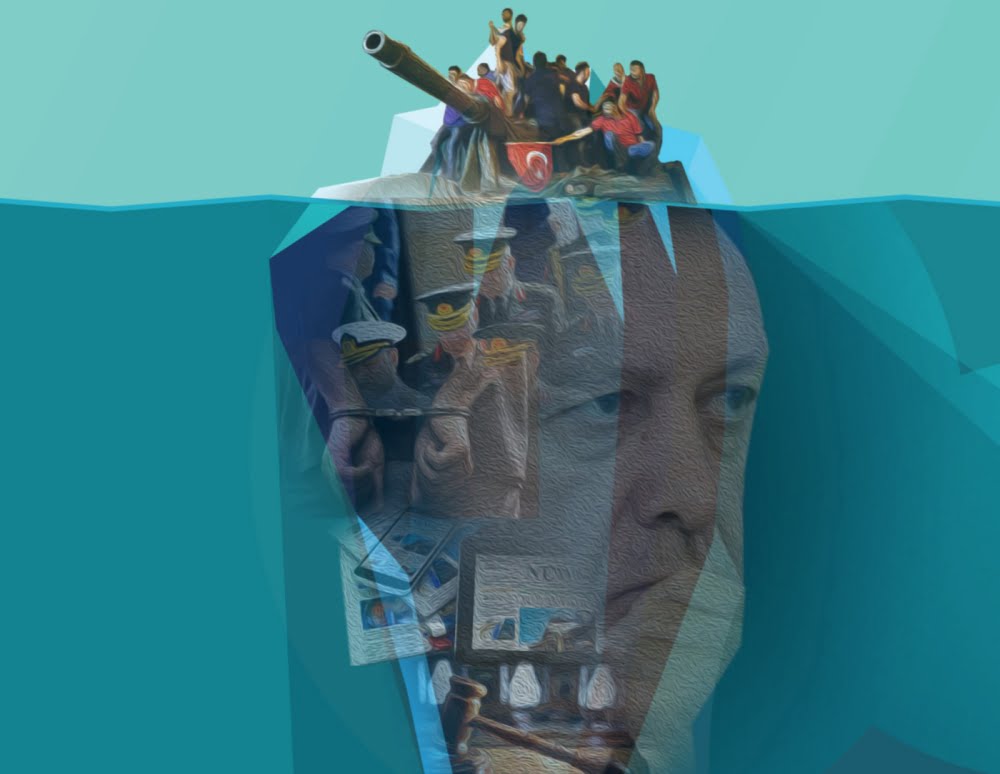 The Alliance for Shared Values has prepared a report on July 15 coup attempt in Turkey from a civil society perspective. It can be dowloaded from its website, disseminated for free and even printed.

The failed coup attempt of July 15 in Turkey was a historic moment in Turkish history. Both Turkish society and the world celebrated the fact that an anti-democratic intervention in the government was prevented. The military officers suspected of planning and carrying out actions against the elected government should be investigated and brought to justice. Turkish government has every right to pursue these individuals within the law.

The actions of President Erdogan’s government in the immediate aftermath of the coup, however, constitute a mass purge rather than a proper investigation. In addition to the officers who were accused of taking part in the coup, thousands of soldiers who did not take part in the coup, tens of thousands of civilians including journalists, teachers and judges were detained and arrested within days of the attempt.

Amnesty International reported “credible evidence” of serious abuses of detainees including beatings, torture and rape. President Erdogan used the failed coup as a golden opportunity to accelerate the persecution of the Hizmet movement and confiscation of private properties owned by Hizmet sympathizers, to completely silence all opposition to his rule, and completely re-engineer the military structure, including the education of cadets to bring the military under his tutelage. On the night of the coup attempt he said “This uprising is a gift from God to us because this will be a reason to cleanse our army.”

On the night of July 15, several hours before details of the coup attempt emerged, President Erdogan, speaking on a smartphone to CNNTurk declared Fethullah Gulen, a 77-year old reclusive preacher living in Pennsylvania, to be its mastermind. The official story told by Erdogan government about the failed coup attempt is that a group of Gulen-sympathizer military officers learned that they would be eliminated in the upcoming August meeting of the High Council of the Military and they staged a coup to save themselves and gain control of the government. While this story sounds appealing, it is not based on an investigation or a court verdict. The official story leaves many questions unanswered and the government has so far failed to produce the evidence to link Gulen with the attempt.

U.S. Director of National Intelligence James Clapper stated that they did not see evidence of Gulen’s involvement in the coup attempt in their intelligence.

Many independent experts argued that it is objectively very unlikely for Gulensympathizer officers to be the driving force of such an attempt.

A more plausible alternate story provided by independent observers has more explanatory power. According to this story, the attempt had a much broader base, including hardline Kemalists and neo-nationalists. President Erdogan was expecting such an attempt and his allies moved to cripple it and turn it into an opportunity for Erdogan to come out as a hero. The active role of Gen. Mehmet Disli, brother of AKP vice chairman Saban Disli on the night of the coup, along with other indicators, underlie this view.

In order to justify their purges and power grab, Turkish government is using a strategy of emotional appeal, disinformation and a logical fallacy. Turkish government is displaying horrifying pictures and videos of civilians being targeted by soldiers, creating an emotional outrage. They avoid any discussion of arrested officers who are known as Kemalists or neo-nationalists, and suppress information emerging from officer testimonies that contradict the official story. This disinformation strategy leaves the alleged Hizmet sympathizers in the military as the only perpetrators. The combination of media domination by Erdogan and the fear atmosphere leaves the society with only the government narrative and help vilify the Hizmet movement as a whole. The logical fallacy is moving from the unproven accusations against alleged Hizmet sympathizers in the military to the justification of mass purges.

Targeting of tens of thousands of nonmilitary personnel including judges, journalists and teachers without a proper investigation or due process constitute a classic example of guilt by association.

Individuals and organizations sympathetic to Hizmet movement are not the only victims of the post-coup purges. Liberal, nationalist, Kurdish, leftist and Alevi individuals and organizations have been targeted as well. The common denominator among the more than 110 media organizations shut down after the coup is not affiliation with Hizmet movement but being independent voices critical of Erdogan regime. Some of the arrested journalists are known to be liberal, leftist, pro-Kurdish or nationalist. Some of the arrested military officers are known as hardline Kemalists.

The government announced on September 8, 2016 suspension of 11,500 Kurdish teachers for alleged links to a terrorist organization. An atmosphere of fear is perpetrated to silence all democratic dissent.

Because of human rights abuses and because of the fear atmosphere that was created around the coup, it may not be possible to learn the facts about the coup for a while. But regardless of what happened on the night of July 15, the mass purges in its immediate aftermath have targeted mostly civilians and left tens of thousands of families suffering. President Erdogan is using the coup attempt to consolidate all power in his hands and position himself, according to New York Times, as the new mythical savior of the Turkish nation like a 21st century Ataturk.

The world reaction to the failed coup attempt left President Erdogan disappointed. While showing solidarity with the Turkish government in its effort to identify and prosecute coup-plotters, world leaders and human rights monitoring organizations criticized the governments targeting of civilians on a mass purge. While these criticisms are valuable to help protect basic human rights and freedoms in Turkey, they are insufficient to stop Erdogan’s government from targeting the civil society. The ending of the state of emergency and the reestablishment of the rule of law, humane detention conditions and access to legal representation is the only hope for the victims of the mass purge.

The Official Story, Questions and a More Plausible Alternative ……… 24

Questions and Contradictions Left Unanswered by the Official Story ….. 31

2013 Corruption Probe and Erdogan’s Control of the Judiciary ….. 40

Alliance for Shared Values is a 501(c)3 non-profit organization based in New York. Together with our local affiliates and partners we aim to help eliminate false stereotypes, prejudices, fear and hatred, and serve peace and social harmony. Our local affiliates include:

Founders and supporters of AFSV include participants of Hizmet Movement, a civil society movement that aims to bring citizens together around high human values such as empathy, mutual respect, commitment to the dignity of every human life and service to community.

Quoted views in this document reflect the opinions of their respective authors, not the official position of the Alliance.