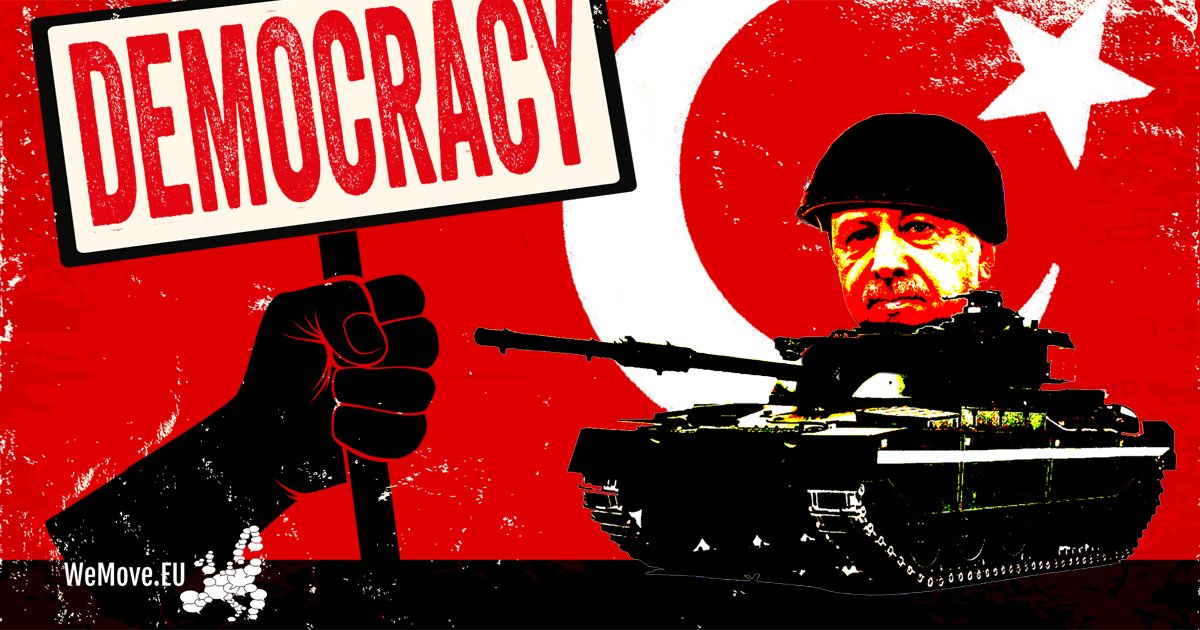 Turkey violated its own constitution and international law in the widespread crackdown following July’s failed coup, the Council of Europe said in a statement on Friday.

President Recep Tayyip Erdogan has faced stern criticism in particular from the European Union for the hugely controversial purge of public bodies that has seen 37,000 people arrested and tens of thousands more sacked.

While the CoE’s Venice Commission — a advisory body made up of constitutional law experts — acknowledged that Turkey had faced “a dangerous armed conspiracy” and had “good reasons” to declare its state of emergency, Erdogan’s government “went beyond what is permitted by the Turkish Constitution and by international law”.

The commission said that the government had not referred to “verifiable evidence” in the collective dismissals of tens of thousands of public servants, which “were not accompanied even by a minimum of procedural safeguards”.

“Such method of purging the State apparatus creates a strong appearance of arbitrariness,” the experts added.

Many of the arrests and sackings have been justified by supposed links to the movement of exiled cleric Fethullah Gulen, which Turkey considers a terrorist organisation.

However, the commission found that such links had been “too loosely defined and did not require a meaningful connection” to the Gulen movement that could “reasonably cast doubt” on the loyalty of public servants.

It added that such vague connections mostly did not amount to “criminal and disciplinary liability”.

The experts decried the fact that civil servants were sacked rather than suspended and that associations were liquidated rather than put under temporary State control.

The commission expressed concern that the Turkish constitutional court lacked the power to “thoroughly review the constitutionality of the emergency decree laws, as it should” have.

It also criticised a provision granting law-enforcement bodies the power to detain suspects in custody without judicial review for up to 30 days.

“The commission supports a proposal made by the Secretary General of the Council of Europe, concerning the creation of an independent ad hoc body for the examination of individual cases of dismissals, subject to subsequent judicial review.”

The Council of Europe is a pan-European body made up of 47 countries, Turkey amongst them, including 28 from the EU.

It describes itself as Europe’s leading human rights organisation and all its members have signed the European Convention on Human Rights.