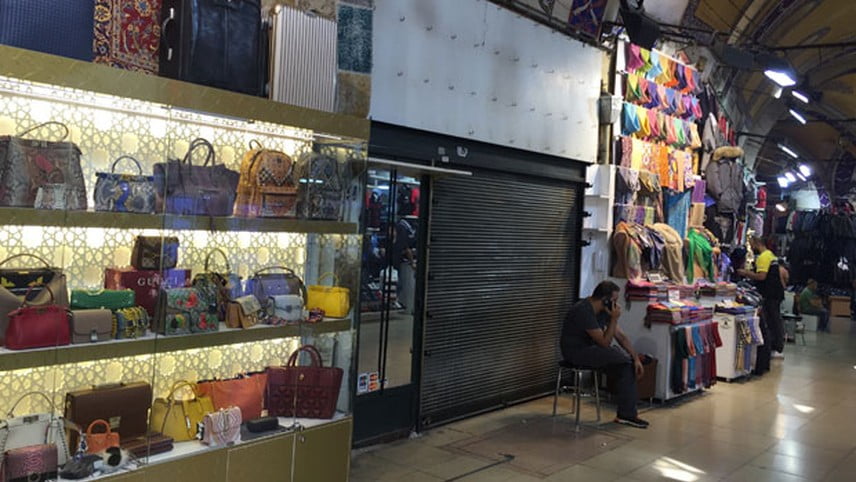 ISTANBUL – The Turkish government’s enormous and ongoing purges are having a devastating effect on the economy and business community.

Turkey’s economy is “very weak, and it’s getting weaker because of the mistakes that have been made,” Atilla Yeşilada, an economist at the think-tank GlobalSource Partners, told The Media Line. “There’s good reason to believe in the third quarter the economy has contracted. In the fourth quarter growth is going to be very slow.”

Since the attempted military coup on July 15, the government, empowered by a state of emergency, has fired or suspended about 125,000 people, of whom nearly 40,000 have been arrested, and tens of thousands of others taken into custody. They’re accused of having links with ‘illegal organizations,’ and many are suspected of being involved with the failed coup, though evidence is often not produced.

Ankara blames the coup on a Turkish cleric and leader of a global Islamic movement, Fethullah Gülen. The cleric, who allegedly had tens of thousands of followers in the Turkish state bureaucracy, military and business community, lives in the United States.

Turkish President Recep Tayyip Erdogan accused over 600 Turkish companies worth $14 billion of links to Gülen and seized by the state, and said they will be either auctioned off or dissolved. The Media Line spoke to the owner of two of the seized companies, with annual revenues of $20 million. He didn’t want his identity revealed for fear of repercussions to his family.

The businessman is abroad with his wife and two young children, unable to find a lawyer or return to Turkey because of the arrest warrant and cancelled passport. He says his 236 employees have lost their jobs with no compensation given.

The experience has been particularly difficult on his family.

“They’re feeling terrible. They’re getting psychological treatment,” he says. “I’m having a hard time explaining it to the kids.”

In Turkey, his sister’s teaching license was revoked and she was fired from her job of 14 years. His brother and co-owner of the companies was arrested while allegedly trying to flee the country.

“I can’t find the correct legal terms because there are none,” Yeşilada says. “There’s no legal process. People are just being put into prison.”

He says the purges are also creating a massive marginalized demographic.

“These people are being completely deprived of all of their pay, all of their pension benefits, everything. In some cases, their bank accounts are frozen. Essentially, they’re left out in the cold without any due process. It’s misery. [Including] their families, roughly 800,000 people have been completely cut off from any economic safety net,” he said.

Yeşilada believes Gülen was involved with the coup, but says going after all of his followers is illogical.

“A lot of people follow Gülen because of his religious message, not because he has a political ideology and wanted to get rid of [President] Erdoğan,” Yeşilada said. “Going after all of them is not good policy.”

The exiled businessman says he does follow Gülen’s teachings, which focus on interfaith dialogue and education, but that he wasn’t involved with the coup, which he strongly condemns. He thinks that Erdodan’s ruling Justice and Development Party (AKP) is simply getting rid of anyone who criticizes them.

Yeşilada says there’s concern that the seized companies will be sold to AKP supporters.

“Everything I’ve seen would lead me to suggest that cronyism is rampant,” he says. “If the assets taken over by the [state] are valuable and profitable, they will be handed over to those companies that have a good relationship with AKP.”

Yeşilada says many of the smaller seized companies won’t survive.

“Their reputations are tainted, they’ve lost valuable staff [and] they’ve lost credit lines. It’s really almost impossible to resuscitate them, so they’ll whither away,” he says, pointing out that even more companies will be seized and shut down soon.

Bülent Gültekin, a finance professor at the University of Pennsylvania and former head of Turkey’s central bank, says that Erdogan’s AKP has neglected the economy because of its never-ending battles with political opponents.

“Everything else is secondary [to these feuds],” he told The Media Line. “They’ve wasted lots of time.”

Gültekin says Turkey’s political instability has created growing uncertainly that’s harmful for the economy, and the rule of law has deteriorated.

“Despite all of its problems, Turkey [used to be] a place with a degree of rule of law. Now it’s a country that’s being governed by decree. That in itself is not conducive for a better economic environment.”

“We see a slowdown in new investment in Turkey. Investors are concerned about the security and the political situation there,” he told The Media Line. “Similarly, the existing investors are reassessing their risk exposure.”

Yeşilada says domestic consumers have also been hit hard with the political turmoil, which includes not just the failed coup and purges, but an insurgency in the Kurdish southeast and a string of terrorist bombings over the last year-and-a-half.

“People aren’t in the mood to spend. They’re worried about the depreciation of the Turkish lira. They’re not certain about their job prospects.”

The exiled businessman isn’t optimistic about receiving proper due process.

“There’s no assurance or hope for tomorrow.”