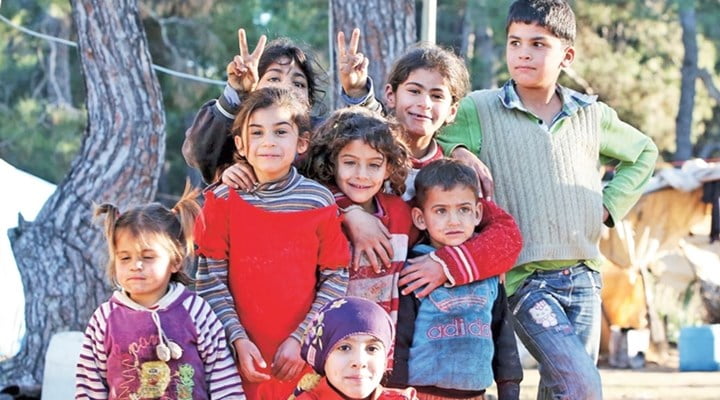 With only 10 percent of the 2 million Syrian refugees in Turkey having been placed in refugee camps, problems involving finding food and shelter persists, but none more alarming than the education of children.

Since the start of the Syrian civil war in 2012, close to 3 million refugees have fled to neighboring countries; 2 million alone to Turkey.

She adds that finding school buildings and supplies remains a key concern but, even more alarming, children are being left in a situation that they have to help their parents instead of studying.

International Strategic Research Foundation (USAK) researcher Fatma Yılmaz Elmas warns that a whole generation of Syrian refugees are being raised on the streets. “Drug rings, arms dealers, terror groups are all in an effort to confiscate the children and it will not be surprising when a child who is living on the street, hungry and discarded by society will enter a world of crime.”

Secretary General of the Kimse Yok Mu non-profit Savaş Metin highlights that his organization has opened two schools, providing education to some 120 thousand students in Turkey. Kimse Yok Mu is also engaged in healthcare, food, rent and clothing drives, working together on 140 separate projects. In Turkey’s southeastern province of Kilis alone the non-profit grants food to 4,000 Syrian refugees on a daily basis.

Kimse Yok Mu Foundation (KYM) and the US-based Embrace Relief jointly donated three-container-loads of medical supplies to Haiti combating cholera epidemic. The two of the containers were delivered to the hospital KYM built in the capital city Port-au-Prince and the remaining is to depart in two weeks.