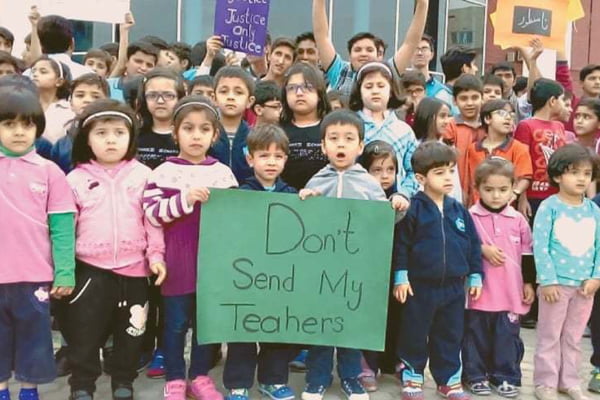 “It’s a very simple demand of the students and the Pakistani staff that the government plead the Turkish teachers’ case and facilitate their stay,” says an official of the PakTurk School’s Raiwind Road branch.

On Saturday, a number of students of the PakTurk schools attended a ceremony at a private institution, where some of them (students) were announced as qualifying for an international competition with the Globe by next year in Intel International Science and Engineering Fair – USA.

“I salute all Turkish teachers who supported and prepared these students with enthusiastic efforts. Hail PakTurk schools, the best schools in Pakistan,” says the official.

A farewell party was held on Friday as well wherein the students and their parents paid tribute to the academics who considered Pakistan a home away from home.

A Pakistani teacher said: “It is difficult to explain the trauma the students of the PakTurk schools have been facing.

It’s only because of love the foreign teachers showered on the students.”

Dr. Ihsan Yilmaz, 28 March 2012, Wednesday There has recently been criticism directed against the Hizmet movement that it has been or is becoming a political movement. Its adversaries keep making these accusations, and nothing can be done to convince them. But for anyone sincerely interested in what the movement is actually up to, some […]