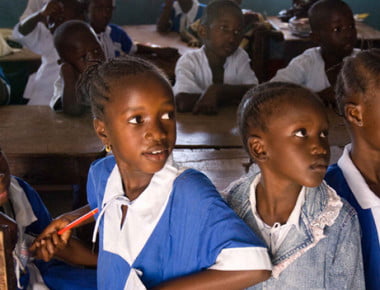 Amid the revelation of Erdoğan’s attempt to have Gambia’s Jammeh shut down Turkish schools, thousands in social media reacted to the scandal. Many argued Erdoğan’s move is not only against his own citizens’ right to free enterprise but also it is against Gambian children to have better quality education.

Turkish schools are not just “foreign investments” in more than 100 countries, but they are valuable institutions contributing to their respective countries in many ways. Cultivating a generation of global intellectuals and opening new windows to global opportunities, especially in developing countries, are among the biggest benefits these schools provide.

“It’s a new school that was opened in 2011, so it’s in the infancy stage, but the school will add more quality to the education in Gambia. It will bring more understanding between our cultures. I hope we will have a secondary school and even a university may be established in the future. This primary school is setting the ground for expansion,” said Gambian Ambassador to Turkey, Gibril Joof. Joof added that the Turkish school brings more awareness of cultural issues.

The Ufuk Doctors Association (UHEK), the İstanbul-based branch of the Marmara Health Federation (MASED), in a joint project with the Turkish Cooperation and Development Agency (TİKA), will visit the East African country of Tanzania, where the average life expectancy is 50 years, with a team of 47 medical personnel at the end of the month. […]